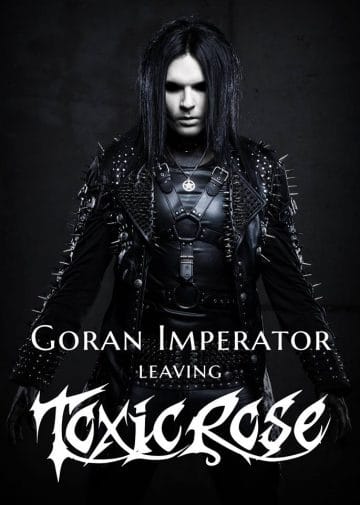 We have an announcement to make.

It has been pretty quiet around the TOXICROSE camp for a while now and the reason for this is because Goran Imperator has decided to leave the band. We part ways with good terms and as good friends and we are sure going to miss him a lot. TOXICROSE needs 100% commitment and Goran feels he can’t give the band the time or energy it deserves anymore and we respect that!

We will have one final show together in London on October 21, and we promise it’s gonna be a night to remember.

We wish Goran all the best on his future adventures and thank him for the amazing years we have had together!

The three of us left are still going strong and we are currently working on new music for a future release!

The official statement from Goran:

“Time to move on – I am officially leaving TOXICROSE.

Six years have passed since I became a member and the ride has been great. But life changes, people changes and I have changed. My priorities are not as they once were and to take the step to leave the band has not been easy. The decision is entirely mine and I am blessed to have such amazing band mates who supports my decision and that there are no hard feelings between us. 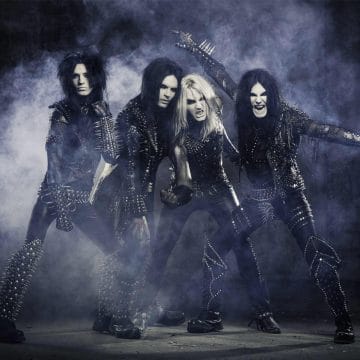 As of this I will do my last performance with TOXICROSE on Decadence RIOT in London, October 21.

I want to thank my partners in crime Andy, Michael and Tom for the wonderful times we have had together and I want to salute all the great TOXICROSE fans I have encountered during these years – you are truly the best!

Sleaze Roxx stated the following in its review of ToxicRose‘s last album Total Tranquility: “While I already have an advance digital copy of Total Tranquility, I like the album so much that I am going to buy a physical copy once it comes out. I can assure you that I don’t do this for just any album after I have already listened to it countless times but I always like to have physical copies of the best albums and ToxicRose‘s Total Tranquility is simply a great album. It doesn’t look like the album can be pre-ordered just yet but once it does, make sure you order yours as I am sure that you won’t regret it.”

ToxicRose‘s “We All Fall Down” video:

The official music video for the single “We All Fall Down”Taken from the album “Total Tranquility”Directed, filmed and edited by: Owe LingvallAnimations by: …