ToxicRose to release full-length album in 2016 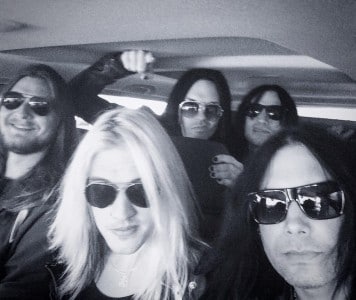 Swedish sleaze rockers ToxicRose made the following announcement via their Facebook page yesterday:

We are happy to announce that the recording of our full length album is finally done and is currently in the mixing process as we speak!

The title of the album is TOTAL TRANQUILITY and will be released next year on both CD, Vinyl and Digital. We can´t wait for ya all to hear it! 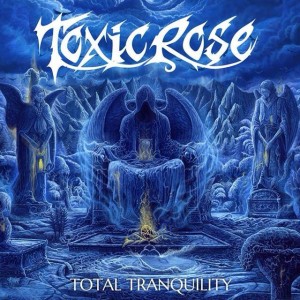 TOTAL TRANQUILITY Track Listing:
1. World Of Confusion
2. Silent End Of Me
3. Killing The Romance
4. Sinner
5. We Own The Night
6. Reckless Society
7. Clarity
8. Because Of You
9. We All Fall Down
10. Total Tranquility

More news about this are coming up so be sure to keep your eyes open! 2016 is gonna be one hell of a year!

Sleaze Roxx has previously reviewed ToxicRose‘s self-titled debut EP, which was released in 2012, and stated: “Swedish rockers ToxicRose released their first self-titled EP late last year. The five-song debut moves quickly, keeps a gritty consistence, and immediately kicks you in the face with a couple of stand-out songs. ToxicRose haven’t been advertised as a super group, but in the world of sleaze rock they should be. With current and/or ex-members from Gemini Five, Lipstixx N’ Bulletz, and Sexydeath represented, this band attempts to harness a lot of styles into one sound. For the most part, ToxicRose has accomplished this feat.”