After an almost two year absence, ToxicRose consisting of lead vocalist Andy TXR, guitarist Tom Wouda, drummer Michael Sweet and bassist Johannes Sandberg have released a new song titled “Blood On Blood” and they have a video for the single to boot.

The following message was posted in part on ToxicRose‘s Facebook page earlier today (with slight edits): 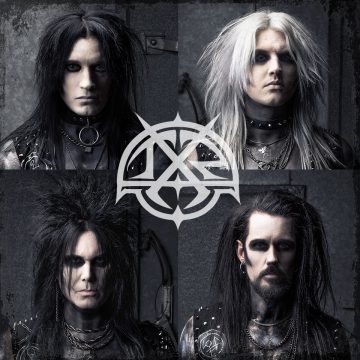 “This is the first single release from our upcoming album.

Produced by ToxicRose and Martin Sweet.

Help support us by sharing!

Sleaze Roxx stated the following in its review of ToxicRose‘s debut full-length album Total Tranquility: “With so many sleaze type bands seemingly retiring permanently (or temporarily) in the last year from the already mentioned Sister Sin to the iconic Mötley Crüe to the up and coming Dirty Passion, and others such as Crashdïet seemingly on an extended hiatus, it is simply fantastic to see a band grab the bull by its horns, take the mantle and run with it. Truth is, ToxicRose‘s new album Total Tranquility has more modern overtones than I would usually like but they do what they do so well that it has quickly rocketed as one of my favorite releases of the year.”