The following message was posted on Alpha Galates‘ Facebook page back on April 26, 2022 (with slight edits): 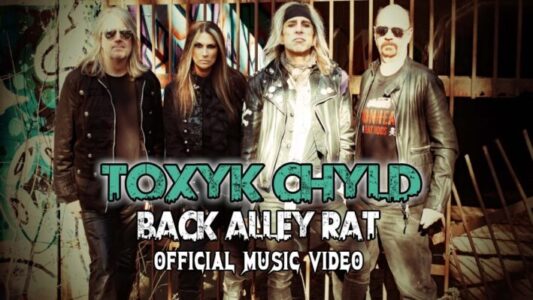 In 2004, Matthew von Wagner introduced me to Neal. (Matthew and Neal both worked as drum instructors at Just Drums back then). Neal was looking for a guitar player to record some parts for songs he and Chantal had written for their project, Twirl. I remembered seeing Neal’s band, Slik Toxik on MusicMusic so it was a thrill and an honour to record music with him. In addition to being an amazing drummer, I learned that he was also a great songwriter, producer and audio engineer. Neal is actually credited as a technical engineer on The Hollow album “Vita”. After The Hollow became Alpha Galates, signed to EMI and started to take off, I lost touch with Neal. But that changed in 2019 when Neal contacted me when he learned of Matthew’s unfortunate passing. Soon after that, Neal asked me if I would record guitar parts and be a part of videos for three unfinished songs from his old band, Chyld. After that joyful experience, we decided to take the next step and start writing some new songs together under the band name Toxyk Chyld.

The song “Back Alley Rat” began with a guitar riff I had originally composed for an Alpha Galates song. Matthew and I had started working on the idea but never finished it. Luckily, I kept a recording of what we did that day. I showed the riff to Neal and we immediately started writing some additional riffs along with the title and melodies that seemed to evolve right away. A lyricist was needed, and that’s where Huguette Chantal Arsenault appeared into the fold to complete the lyrics which would be provided to a singer. At that point, a World Class singer was needed and they knew just where to look….enter the Great Robb Rocket. Neal had known Robb Rocket for years from the Toronto Rock Scene and more recently had mixed songs for Robb‘s band “Manic Mouth” and produced his other project’s songs for Side Winder and was well aware of his capabilities as a Great Rock Vocalist.

Today we debuted the video for “Back Alley Rat”: https://youtu.be/6mhlnuZtILY

I hope Alpha Galates fans will enjoy it and be interested to learn of the song’s ties to the history of Alpha Galates.