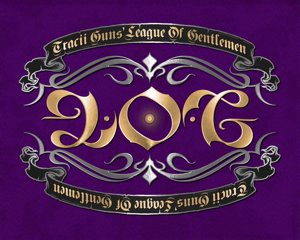 A month ago former L.A. Guns guitarist Tracii Guns started a Kickstater campaign in order to raise funds towards the manufacture of his League Of Gentlemen project’s debut album. After raising over $3500 of the $6600 goal (every Kickstarter project must be fully funded before time expires or no money changes hands), Guns has temporarily halted the fundraising drive.

“We are partnering with Shrapnel Records and this is how it works. Shrapnel owns the master recordings and will exclusively do the CDs, iTunes, digital, etc.” states the guitarist “That means that we will be obtaining a license for a limited run of 500 double albums and 500 double cassettes on our label Nervous Wreckords which will allow us to relaunch our Kickstarter project. The release will be in January 2013 so this gives more time to get the Kickstarter project as fun as possible for everyone involved. The only down side is that we will not be able to include digital downloads because digital is exclusive to Shrapnel Records.”

Tracii Guns’ League Of Gentlemen — rounded out by vocalist Scott Foster Harris, bassist Craig McCloskey and former Burning Tree drummer Doni Gray — are nearing completion of the mixing phase of their debut album. Previews of the band’s new music can be found at www.reverbnation.com/traciigunsband.

“We are recording two more songs, Witch by the Sonics, and a song called Everything Everything written by Mitch Davis who is just a genius in my opinion,” Guns concludes. “You can check out his past work by google search Orba Squara. We hit the road Sept 3rd starting in L.A. at Los Globos. Good stuff!”