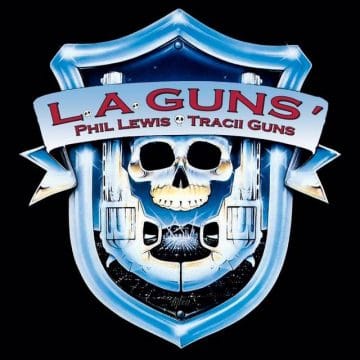 Long-time L.A. Guns guitarist and founder Tracii Guns has been leaving some short messages on Facebook in the last day or so, which confirm that Phil Lewis‘ recently announced “shock” departure from L.A. Guns is only with respect to the line-up that includes drummer Steve Riley.

Guns has also indicated that the recording of the new L.A. Guns‘ album featuring Lewis and Guns is going well.

The following message was just posted on the Tracii Guns and Phil Lewis‘ Facebook page:

“For you diehard L.A. Guns fans out there, you might have seen or read about Philip Lewis‘ announcement on Facebook yesterday that he was leaving THAT version of L.A. Guns. To clear up any confusion, Philip and TRACII GUNS are currently hard at work on their BRAND NEW STUDIO ALBUM. The line-up is rounded out by Shane Fitzgibbon on drums and Johnny Martin on bass with Michael Grant on guitar as a touring member. 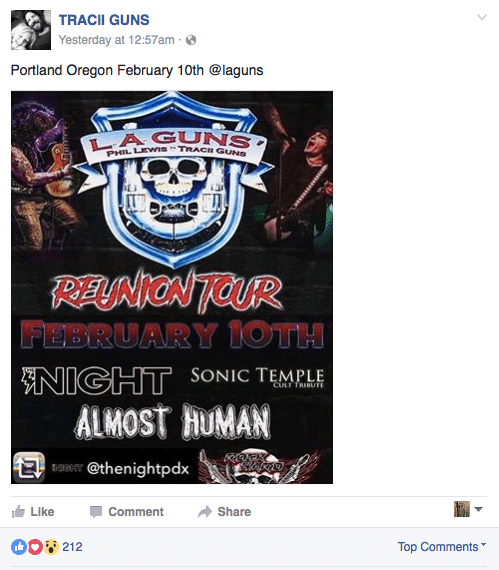 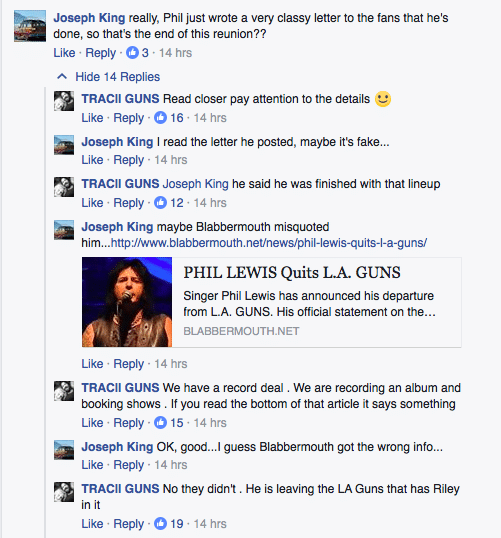