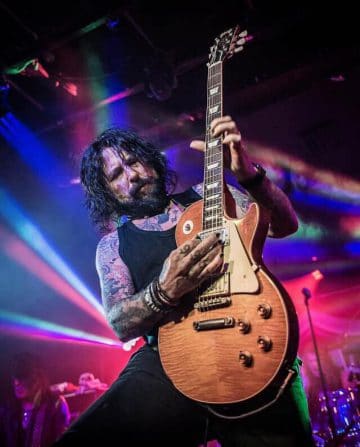 One of the saddest and longest running feuds over a band name has finally come to an end as a settlement has been reached between the sides of guitarist Tracii Guns / lead vocalist Phil Lewis and drummer Steve Riley and his bandmates over the L.A. Guns name.

Guns and Riley had trademarked the name together back in or around 1996 and for the next 25 years or so, fans had to get used to seeing two L.A. Guns entities at various times. This has come to an end with the settlement of the lawsuit started by Guns and Lewis against Riley, bassist Kelly Nickels, guitarist Scott Griffin and lead vocalist Kurt Frohlich back in early January 2020 that included alleged infringement of the band’s trademark.

The following statement was posted on the Facebook page for Lewis and Guns‘ version of L.A. Guns earlier today:

“Plaintiffs Tracii Guns and Philip Lewis and defendants Stephen Riley, Kelly Nickels, Kurt Frolich, and Scott Griffin have agreed to settle the trademark litigation currently pending in the U.S. District Court in the Central District of California. Under the terms of the settlement agreement, the parties have agreed to dismiss the pending lawsuit. Mr. Guns and Mr. Lewis will continue to operate under the “L.A. Guns” trademark, while Mr. Riley and his bandmates will now operate under the new name, “Riley’s L.A. Guns” and a new logo. Both bands look forward to continuing to record and perform their new music, as well as continuing to include songs from the vintage L.A. Guns catalog for their fans. Both groups’ recordings will continue to appear together on Spotify and other digital music streaming services. — Attorneys Erik J. Foley and G. Warren Bleeker, counsel for Tracii Guns and Philip Lewis; and Attorney S. Martin Keleti, counsel for Stephen Riley, et al.”

Things seemed to turn for the worse for Riley‘s camp when Guns received a certificate from the United States Patent and Trademark Office for the words “L.A. Guns” which were registered on January 5, 2021 and indicated that the guitarist had been using those words since sometime in 1983.