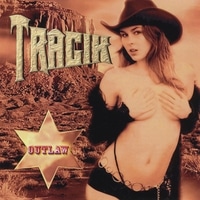 American rock band Tragik have released their second CD entitled ‘Outlaw’. The 12 song album can be purchased at cdbaby.com/cd/tragik2 and more band information can be found at www.myspace.com/tragikrox.

Tagik still consists ofDamian D’Ercole on Guitars and Bass, Dirk Phillips on Drums and Phil Vincent on Guitars,Keys and Vocals. There are guest appearances on Lead Guitars by Steven Albanese, BillyRoux and Paul Colombo. Production was handled by Dirk and Phil at The Muzik Room.

As with their previous release, “Poetic Justice”, melody is still the number 1 ingrediant intheir brand of hard rock. Uncharacteristic of most hard rock releases is the inclusion ofthe power ballad “In The Name Of…” as the opening track. The band says they wantto do things differently and not conform to any template. “A good song is a good song”says Vincent. “It shouldn’t matter where it appears on the CD. Plus, it increases theimpact of the hard rocking second track ‘Two Timer’. It really hits you in the face. Wewant to be different and I think these collection of heavy songs and melodic rockersreally will appeal to everyone’s senses.”

TRAGIK is truly a collection of 3 individuals from different backgrounds. GuitaristDamian D’Ercole is firmly rooted in heavy music like Killswitch Engage, All That Remains and Pantera. Drummer Dirk Phillips’ background is in Progressive Rock and Phil Vincent is the man who holds it all together with his powerful lead vocals and multi-layered choruses and the colorful use of his tasteful keyboard treatments.

As with their first release, Vincent handles all the vocals proving still he’s a force to bereckoned with. Injecting his Don Dokken/Paul McCartney/Kip Winger voice into eachsong with incredible passion. Just listen to the beautiful “You are Everything to Me”where Vincent croons his way in the beginning of the song until the heavy metal finalewhere his voice morphs into a man possessed. Diversity is everywhere on”Outlaw”. Check out “Everything Changes” whith a riff Kornwould salivate over and “Just Can’t Get Enough” rocks hard after a synth heavy intro.

To say TRAGIK relies on 80’s rock sensibilities doesn’t fully explain the diverse contentincluded in “Outlaw”.”Outlaw” pulls everything from modern elements all the way back to ’70’s. ThinkBoston, the Beatles, Styx, Dokken and Journey with modern touches and you have TRAGIK.

So sit back, put this CD in your player, crank up the volume andenjoy a full blown musical journey. You may also find the CD cover of particular interest with model Jenn Hilton “exposing” herself as the “Outlaw”.