A trailer for the award winning documentary Scream For Me Sarajevo which details Iron Maiden singer Bruce Dickinson‘s gig in Sarajevo back in 1994. 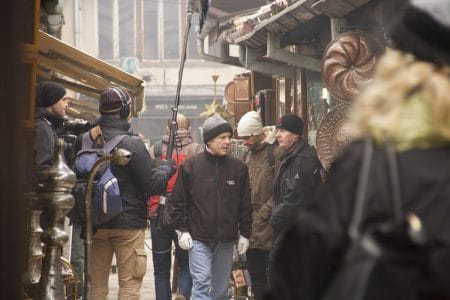 The website films.sff.ba describes the documentary Scream For Me Sarajevo as follows:

An article published on Prime Time in August 2016 states:

“At this year’s Sarajevo Film Festival, the movie ”Scream For Me Sarajevo” won three awards in the “Documentary” category, namely the Human RightsAward, the Al Jazeera Award and the People’s Choice Award. The movie premiered in Cinema City and its screening marked the opening of the competitive portion of the festival.

Numerous emotional reactions within the audience confirmed that this is one of the most valuable documentary films about the Sarajevo siege ever made. The idea for the movie stems from Jasenko Pašić, who contacted and interviewed all of the people who appear in the film. It was directed by Tarik Hodžić, produced by the CEO of ”Prime Time” Adnan Ćuhara, with help from the Lond-based co-producer Tatjana Bonny.”

Trailer for Scream For Me Sarajevo documentary:

SCREAM FOR ME SARAJEVO Trailer

In cinemas from April 17. Book tickets at: http://www.screamformesarajevo.comThe story of hope in a time of war.Scream for Me Sarajevo is the amazing and ast…