American east coast rockers Trash Can Baby‘s self-titled album, which was originally released more than 23 years ago, has been reissued by Demon Doll Records. 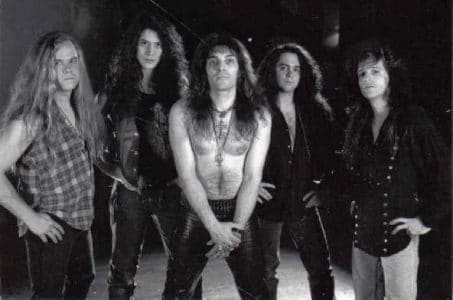 Trash Can Baby describe themselves as follows on their Facebook page (with slight edits): “Trash Can Baby was born in the winter of 1988 by vocalist Paul Terror & bassist Abe Hopper. The band lasted until 1995. They were the driving force of hard rock/heavy metal on the east coast of the U.S.A.”

“Who’s ready for the hammer to fall?

TRASH CAN BABY has arrived to the Demon Doll/ Metal Legacy family brimming with their epic full length self titled release. After 23 years, this dirty Hard Rock gem has been dusted off and released back out into the masses where it rightfully belongs.

Repackaged with a full set of lyrics and digitally re-mastered by Lance V., the album that already was off the chains is now ready to plow through your living room even louder and harder than ever before.

Let the neighbors complain, let the cops come, because once the lead track “Down For The Count” hits the stereo, there is no looking back as the band explodes through one smokin’ track after another. Gear up for “Coming At You”, “Love’s An Injection” and the sure fire hit single “Don’t Take It Away”.

This album does not need a lot of hype or talking points, the music speaks for itself,…so as the mighty Aerosmith once sang “Let The Music Do The Talking” –we shall. 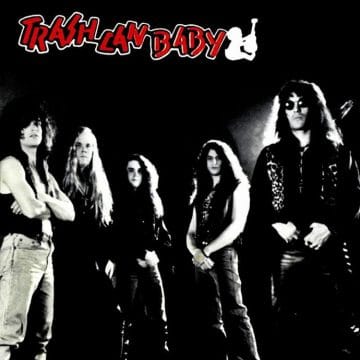 WARNING: Highly infectious and addictive, play at your own risk. Don’t say we didn’t warn you!