Treat debut new song “Do Your Own Stunts”

Veteran melodic rockers Treat have released a new song entitled “Do Your Own Stunts” from their upcoming new album Ghost Of Graceland, which will be released on April 15, 2016. 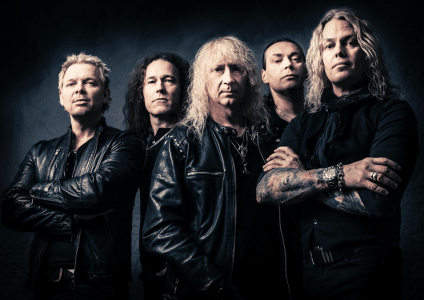 Sleaze Roxx reviewed Treat‘s new album Ghost Of Graceland and stated: “Ghost Of Graceland is hard to describe. It’s quite modern, but flashes back to everyone from Whitesnake to Nelson. While the songs do have an element of keyboards, it is a guitar-driven offering more than anything. Sure, there are a few ballads and mid-tempo songs like the inspirational “Do Your Own Stunts” or the pretty “Together Alone.” Yet the majority of the 12 tracks are decent rockers. “Endangered” is maybe the best example of Treat, with solid guitars and keys that highlight rather than dominate the song. And “Inferno”, with its gentle intro, hides a Whitesnake like sound and a catchy chorus.”

Sleaze Roxx concluded its review by stating: “Ghost Of Graceland is a melodic rocker’s treat, if you pardon the pun. It’s a good album with sing-along choruses and neat little hooks, written and performed by old-time rockers that know their style and perform for their fans.”

Treat – Do Your Own Stunts (Official Audio)