With the departure of guitarist/co-lead vocalist Jay Corkum, Canadian east coast rockers Tri City Villains have been performing as a three piece from time to time but the group unveiled a second guitarist by the name of Matt Kenny (Enemy Designed) at its latest gig at Gus Pub in Halifax, Nova Scotia, Canada last night (on June 22, 2018). Tri City Villains released a self-titled full-length album back in 2014. 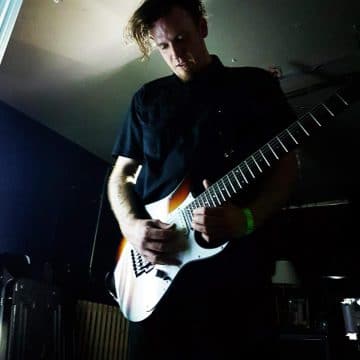 Speaking exclusively to Sleaze Roxx, Tri City Villains frontman Steve Cole gave an update on the band and having Kenny in the line-up last night. Cole stated: “We have also finished recording five new songs at Coda Pop Studios in Halifax. It was voted Music Nova Scotia’s ‘Studio of the Year’ [for] 2017. [There is] no scheduled release date but the recording process is complete. Last night, we had Matt Kenny on guitar. He is a founding member of a band called Enemy Designed. Last year, Matt and I collaborated on a song called ‘Clouded Sky’ which also has not been released yet but will be included on the next Enemy Designed album. Having worked together before, we felt it would be a good fit for Tri City Villains. We haven’t discussed how long Matt will be playing with us but we felt we needed the fourth guy and he seemed like a natural fit. Last night was our first show together and it went really well so I’m sure we’ll try it again moving forward. Having the fourth guy really brought back that guitar rock feel and created a new energy that we’ve been longing for.”

Sleaze Roxx had the opportunity to catch Tri City Villains performing live at their gig at The Earl of Whitchurch in Whitchurch-Stouffville, Ontario, Canada back on March 27, 2017 and stated in its concert review:

“Now, I am usually the type of person that likes to know the songs ahead of time before going to a concert and only a couple of times in my life have I been truly blown away by songs that I didn’t even know. This turned out to be one of those occasions and quite a bit similar to when I saw and really heard Ammunition for the first time at the Rock N Skull Festival back in late October. When I saw Ammunition, I found myself singing along to songs that I did not even know and here I was doing the same thing with Tri City Villains whose material was for the most part unknown to me. After catching the ending of Tri City Villains‘ latest single “She’s On Fire” (for which they shot a video), I really enjoyed the next two songs, which turned out to be two unreleased tracks called “All Hail The Night” and “Money In The Bank.” Why I even found myself singing along to most of the easily to learn chorus for the song “Money In The Bank.” You might be wondering what kind of music that Tri City Villains play? Well, it’s straight up rock n’ roll and a cross between AC/DC and more classic rock mixed in with some rough and at times gruff vocals from guitarists Steve Cole and Jay Corkum who split the lead singing duties. It’s the kind of music that any sleaze rock / AC/DC fan will likely love right off the bat and that was definitely the case for me.”