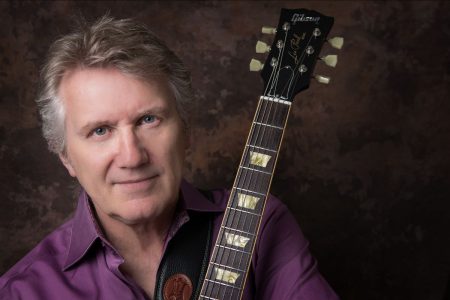 Emmett was asked what is the dividing line for him when it comes to personal boundaries with fans to which he indicated (with slight edits):

“Blog and website forum email is fine… but only in very rare cases is there personal email, and it would always be between an intermediary. I taught college for over two decades, so I understand about respecting boundaries and keeping things professional.  No question is out of bounds, but there are things I won’t go into detail about:  e.g. my personal family life…much beyond social casual news, my finances…  Sometimes I get annoyed by the over-infatuation with ancient history, but I get why.  So for that stuff, in the area of personal boundaries with fans, I would say the dividing line should be halfway, and if fans expect more, then they are being unreasonable.”

In terms of whether he has any concerns on living up to his past musical accomplishments, Emmett stated: The Present is where The Past and The Future meet. Sometimes, it’s a collision, and sometimes, it’s a harmonized integration. But generally, the healthiest place to live is in the present. In a way, this question relates back to the first one, about fans, and boundaries. We all have to figure out our relationship with our past:  our mistakes, our regrets… And the relationship with our futures – our fear and anxiety. A ‘past’ can accumulate too much weight, too much interference, in maximizing the value of the present.  I think I’ve had a fairly rounded perspective on all this:  after all, I quit Triumph in 1988, and there were many lessons learned then, and along the way.”

You can read the rest of the interview with Rik Emmett at The Cosmick View‘s website.