The 2021 edition of the Metal Hall of Fame Induction Ceremony will be proceeding virtually this year and will be taking place on September 12, 2021 at 2:00 pm EST. 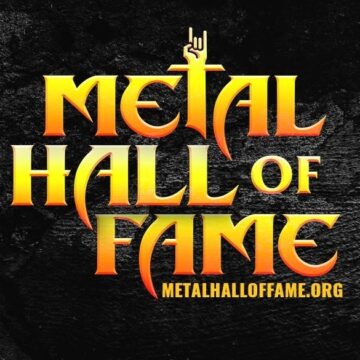 Triumph was formed in Toronto, Canada in 1975. They have received 18 gold and nine platinum awards, was nominated for multiple Juno Awards, including the ‘Group of the Year Award‘ in 1979, 1985, 1986, and 1987 and was inducted into Canada’s Walk of Fame in 2019.  Triumph‘s forthcoming documentary “Triumph: Rock & Roll Machine” will receive its world premiere on Friday, September 10th at the Toronto International Film Festival (TIFF).  The documentary is produced by Emmy and Peabody award-winning Banger Films. The film was previously described as “a celebratory, exhilarating thrill ride through the history of one of rock’s most unsung acts.” The film covers Triumph‘s humble beginnings as staples of the GTA circuit in the mid-’70s to their heyday as touring juggernauts, selling out arenas and stadiums across North America with their legendary spectacular live shows — and way beyond.

2021 Metal Hall of Fame Inductees Include: 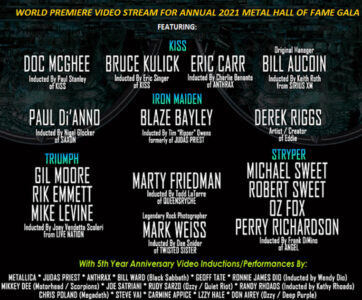