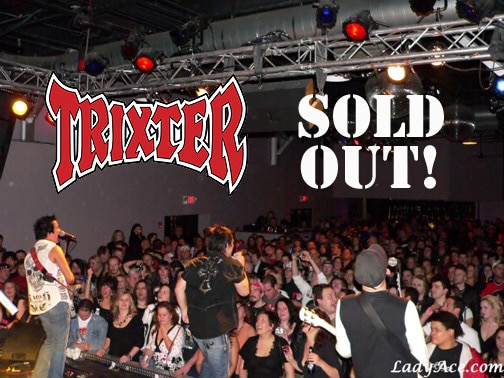 The reunited Trixter performed for a sold-out crowd this past Friday, November 28 at Dexter’s Entertainment Complex in Riverdale, NJ. This was their first headlining appearance of 2008 and their first hometown NJ show in over 13 years.

Trixter originally reunited earlier this year to play the massive Rocklahoma festival in July, followed later that month by performances at Rock Fest and the Hi-Pines Music Festival in Wisconsin. Most recently, Trixter opened for fellow scene veterans Warrant in Minnesota on their first gig with new singer Robert Mason.

Photos of Trixter’s sellout NJ performance are available at the following link: www.ccbanana.com/sludge/trixtersellsout.htm