Sleaze Roxx first took notice of Michigan, USA based rockers Trixy Tang a few years ago due to the high amount of shows that the group spearheaded by frontman Klay Fennema would play on a yearly basis. 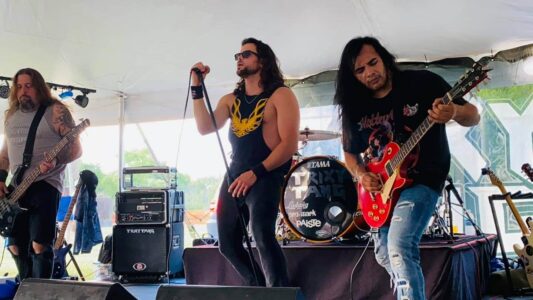 In fact, Sleaze Roxx wrote the following in its review of Trixy Tang‘s debut self-titled album, which finished at #10 on the Sleaze Roxx’s Top Ten Albums of 2019:

“For the longest time, I have equated Trixy Tang as the hard working Michigan, USA based rock band that plays a ton of shows in its home state. How hard working are these guys? They have at least one show lined up for practically every weekend from January to mid-June 2020 with many additional dates for the remaining months in 2020. That is very impressive in itself. I confess that I never really gave Trixy Tang much of a chance as their happy go lucky tunes didn’t really resonate with me after a few initial casual listens. I knew that I enjoyed the band’s songs but nothing really stuck… until the group sent its self-titled album to the Sleaze Roxx headquarters. I was surprised by how good Trixy Tang‘s album was as a whole and even though there was a definite good time / party feel to the album — and there’s nothing wrong with that as Van Halen had a brilliant career focused on that — a lot of the songs were actually heavier than I thought.” 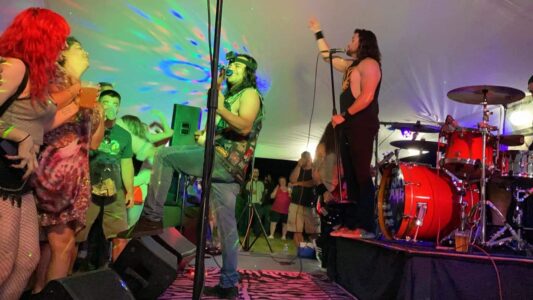 Trixy Tang didn’t play any original songs at their Lakeview Summerfest gig in Lakeview, Michigan, USA on June 19, 2021 but they did play 40 cover songs in a span of about four hours. 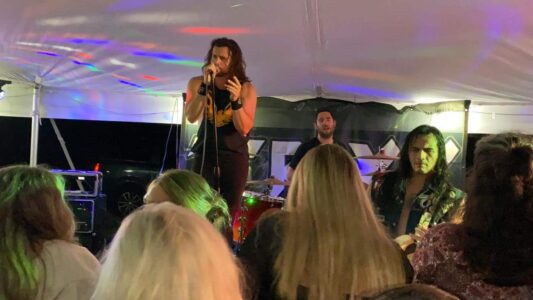 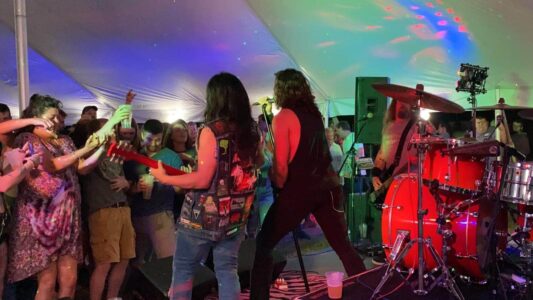 All photos courtesy of Trixy Tang.