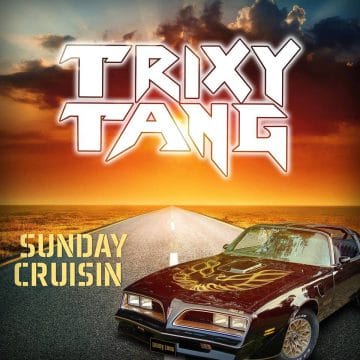 Fennema spoke about the band’s beginnings as he stated: “When I first began, my best friends were in my band and it seemed as though life couldn’t have gotten any better… However, everyone was in different positions in life and had different goals. Becoming a rock star sounds like a great idea to anyone, but putting forth the work of writing music, and being willing and ready to hit the road and sleep in a van at the drop of a hat is a whole other ball game.”

In terms of Trixy Tang‘s music, Fennema advised: “The best way I can describe our musical style is simply having a good time… There is so much to stress about nowadays. We like writing music about partying, letting loose on the weekend after a long week of work, letting your hair down and raising your glass. Good times is what we’re all about.”

With respect to Trixy Tang‘s goals, Fennema stated: “Our main goal as a band is to be on the road full-time, performing as much as humanly possible and to continue to follow our dream as musicians, growing closer and closer as bandmates, brothers, and a musical family… No matter what, we all have such a passion for music and performing that as long as we are continuing to play, and endure new experiences and memories, that’s all we can truly ask for.”

You can read the rest of the interview with Fennema at Revue.