Great news for fans of Dracula‘s debut Swing Of Death album as guitarist Trond Holter is planning a follow up album and has recruited singer Nils K. Rue to replace Jorn. Dracula‘s Swing Of Death received a rave review from Sleaze Roxx back in 2015 and ended up #6 on Sleaze Roxx’s Top Ten Albums of 2015. 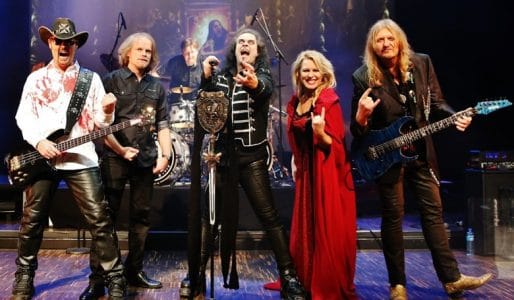 “Frontiers Music Srl is excited to announce that the production of a follow up album to the successful Dracula “Swing of Death” release has started under the direction of the main songwriter and guitar player, Trond Holter.

While the original plan was to leave “Swing of Death” as a unique, one-off musical extravaganza, the success that the rock opera had after being staged in front of audiences in Norwegian theaters convinced Trond that a follow up was possible. Not to mention, he was also sitting on plenty of material that did not find a home on the debut album.

The new album will feature the full live line-up, including: Trond Holter on guitars, Nils K. Rue on lead vocals, Jeanette Heidenstrøm on vocals, Bernt Jansen on bass, Per Morten Bergseth on drums and Erling Henanger on keyboards.

Trond says: “I am really looking forward to recording a new Dracula album! We have already started playing live shows and the new lineup is working really well. Nils K. Rue from Pagans Mind brings solid quality as do the rest of the guys. I will continue writing in the same spirit as when I wrote the first “Dracula” album. A lot of new exciting songs are taking shape these days and I can’t wait to dig into it.”

Trond plans to write and record this spring until the end of summer for a release tentatively scheduled for early 2018.”

ORDER the album NOW on Amazon: http://geni.us/DraculaAMZFrontiers Music Srl, is pleased to announce the release of a new exciting album written and performed…