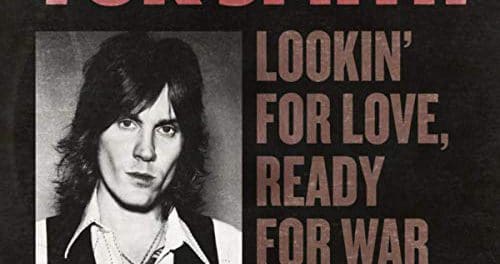 Former Biters frontman Tuk Smith is coming back strong with Tuk Smith & The Restless Hearts‘ new single “Lookin’ For Love, Ready For War” and upcoming tours supporting Airbourne and then Mötley Crüe, Def Leppard, Poison and Joan Jett & The Blackhearts during this summer’s The Stadium Tour throughout the USA. 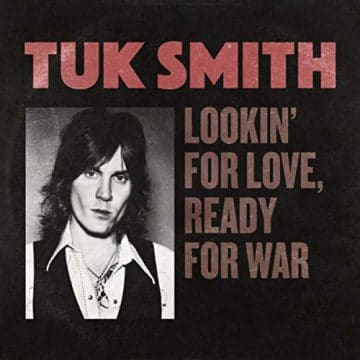 “With one of Alternative Press Magazine’s Debuts of The Decade, Tuk Smith is on the rise!  “Lookin’ For Love, Ready For War ” – the first song written for the eponymous album out later this year via Better Noise Music – is out now. Tuk explains “It’s got a caveman riff, and soaring hook of pure rock and roll. It’s not a love song, it’s a life song.  It’s what I’ve seen, what I’ve felt, and what I have experienced. This is about the self-realization that, when you wanted to make the easy choice you end up having to make the hard choice. It is my own personal anthem”

Of the video for the track, Tuk says “We shot the whole video in one day… At 10 am, I was putting up chicken wire for the stage and by 3 pm, I was lip syncing. It was a total hands-on experience from top to bottom. At one point, I got worried that people were getting a bit rowdy and could really get hurt. I know several people definitely walked out of there with some bruises and cuts, but in the end it made for a great video!”

After cutting his teeth — among many other things — for nine years as the frontman for the Atlanta rock band Biters, Tuk has expanded the reaches of his musical vision into an debut album that unifies multiple musical styles and showcases the versatility of his songwriting. From instantly infectious anthems to intricately arranged rockers and Americana-tinged ballads, “Lookin’ For Love, Ready For War“ favors dedication over debauchery. It’s a musical homecoming for Smith, one that rewards devotion and battle scars with an amazing collection of songs.

The album was produced by the legendary Rob Cavallo (Green Day, Eric Clapton, My Chemical Romance) who says of the artist “For people that really like honest-to-god Rock and Roll – this is the kind of stuff they’ll love. If you are a Tom Petty fan or a Bruce Springsteen fan, if you like really great old-fashioned American rock and roll then I believe you’ll like Tuk’s music because it’s cut from that same cloth.  It’s original and it is it’s own thing, I think he’s the real deal!”

Mötley Crüe, Def Leppard, Poison and Joan Jett will ‘introduce’ Tuk Smith & The Restless Hearts via their stadium tour this summer.  Prior to these dates, they will hit the road with Airbourne in the US.

Tuk Smith & The Restless Hearts – Lookin’ For Love, Ready For War (On Tour With @Mötley Crüe )

Official music video for ‘Lookin’ For Love, Ready For War’ by Tuk Smith & The Restless Hearts.Stream or Download – https://tuksmith.ffm.to/lookinforloveOn To…