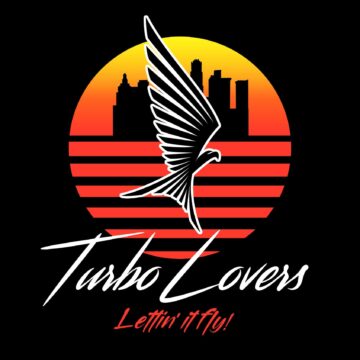 “Ohio’s Turbo Lovers has already amassed a respectable discography since the early 2000s, including six LPs and placements on several compilations. They have recently released “Lettin’ It Fly!” and have a video single “Reasons That We Rhyme” to entice fans.

Turbo Lovers plays the kind of music they want to see live, and this new album is the next phase of their love affair with rock n’ roll. It’s become second nature and essential for them to keep writing and performing and they attribute that drive to the long-term success of the band. They are extremely proud of this latest release and feel they have stepped up their game compared to past albums. They explain the track: 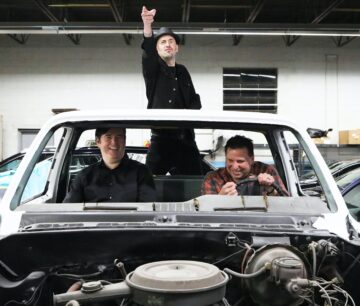 “If there’s a paint-by-numbers Turbo Lovers track, this is probably it. An AC/DC-influenced rocker that’s lyrically about falling for the wrong person, realizing it, and then trying to break away. AC/DC is the band that inspired me to pick up a guitar in the first place, so naturally, a lot of what we do is rooted in their style.”

Looking forward to getting back on stage and bringing the party to their fans, Turbo Lovers wrote this album with the live show in mind. Fun and engaging, they don’t take themselves too seriously, but still exude a high level of professionalism and musicianship on stage.

Turbo Lovers began as a recording side project back in 2003 for guitarist/singer B.J. Lisko. The band as a live entity began in 2006. Turbo Lovers was started because of Lisko’s love for arena rock and 80s rock, along with filling a regional need for a band of that style in Northeast Ohio. Turbo Lovers remains the only straight-up, original rock band from the Youngstown area.

“Lettin’ It Fly!” was released on February 4, 2022 and is available for download at Turbolovers.bandcamp.com, Apple Music, and Spotify.”