Vancouver, British Columbia, Canada based sleaze rockers Turbo Vixen have announced that they are looking for a new lead vocalist but have a special guest in Striker singer Dan Cleary who will be singing on their debut album. 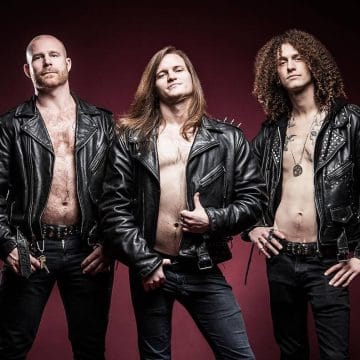 “Well the cat is outta the bag now;

We are now looking for a full time vocalist for Turbo Vixen but the good news is that Dan the man Cleary is singing on our debut album! For those of you who don’t know this shredder from the next province with the bad weather, check out @strikermetal !

It appears that only guitarist Jeremy Rowlands and drummer Aaron Bell remain of the Turbo Vixen line-up that once included lead vocalist Jesse Ransom.

“Night Out” Live and loaded at The Rickshaw Theater, Thursday January 19th 2017.