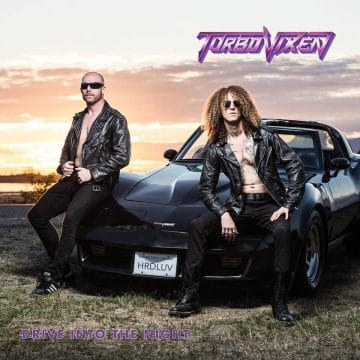 The group has just released the song “Straight Out Of Hell” for streaming from their debut album, which will presumably be called Drive Into The Night (based on the photo released with that song).

Turbo Vixen consisting of guitarist Jeremy Rowlands and drummer Aaron Bell parted ways with lead vocalist Jesse Ransom in or about November 2017 but announced that Cleary would be handling the lead vocals on their debut album while they searched for a new singer.

The band’s “Biography” on its Facebook page states: “Turbo Vixen is a locally based rock n’ roll Vancouver band. Forming in April of 2016, the band has steadily progressed in the 8 months of playing together. Through the influence of 70’s/80’s rock/metal, the band has created a unique sound for themselves, giving them a wide demographic of listeners. These boys are all around fun and always a good time.”

TURBO VIXEN- Straight Out Of Hell

Drive Into The night