Italian sleaze rockers Twisted have released a new song entitled “Born To Die Free” from their upcoming first full-length album Godspeed, which will be released sometime in 2018. The group previously released a video for the song “Break The Walls” which will also appear on the album Godspeed. 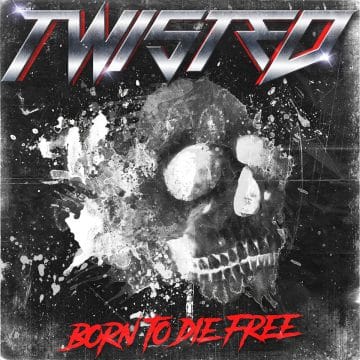 “Twisted recently released the new single “Born To Die Free” via Youtube off their new album, follow up to 2016’s EP “Dancin’ On Chaos” under Demon Doll Records, that will be called “Godspeed“. “Godspeed means ‘Good Luck’ but it is a word that sounds powerful as how our new record will be: a wish to ourselves and to all our present and future listeners that will join us in our loud and furious musical journey. It won’t disappoint who liked our ep Dancin’ On Chaos, but it will be more melodic, mature and powerful”. “Born To Die Free” is the second single off the new album, and was preceded by the video for “Break The Walls” in April 2017. Currently the band is in the studio recording the album set to be released in 2018.

Sleaze Roxx stated the following in its review of Twisted‘s EP Dancin’ On Chaos: “I am actually a little shocked that Twisted did not shoot a video for one of the last two tracks on their five-song EP Dancin’ On Chaos because “Roll The Dice” and “What Comes Around” are very catchy, melodic without sounding wimpy, and ditch the modern inclinations of the first two songs. I like those two tracks so much that I am always thinking how the songs will simply keep getting better and better — and they do — when I start listening to the Dancin’ On Chaos EP. I really hope that Twisted concentrate in the future on playing tracks similar to “Roll The Dice” and “What Comes Around” because a few more of those and I would have likely included their Dancin’ On Chaos EP in the upcoming Sleaze Roxx’s Top Ten Albums of 2016.”