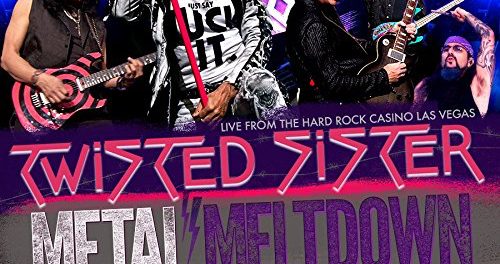 The iconic heavy metal rockers Twisted Sister have released a live video for their breakthrough single (and video) “We’re Not Gonna Take It” from their upcoming CD/DVD release Metal Meltdown, which will be released on July 22, 2016 via Loud And Proud Records. 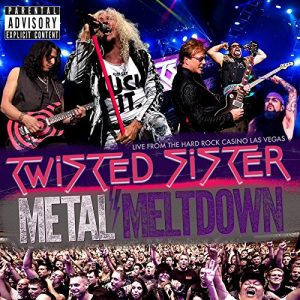 Wikipedia states the following about Twisted Sister‘s “We’re Not Gonna Take It” song and video (with slight edits):

In the summer of 2015, the song was adopted as the theme song for Donald Trump‘s 2016 presidential campaign. The song is played after all his campaign appearances where it is known unofficially as the Trump fight song. Newsweek reports Dee Snider of Twisted Sister gave Trump permission to use the song.

“We’re Not Gonna Take It” was written by vocalist Dee Snider. As influences for the song, he cites the glam rock band Slade and the Christmas carol, “O Come, All Ye Faithful”…

The song is notable for its popular music video directed by Marty Callner, with its emphasis on slapstick comedy. The video begins with a disobedient son playing Twisted Sister songs in his bedroom while the rest of the family is eating dinner. The father played by Mark Metcalf goes to the boy’s bedroom and scolds his son for being interested only in his guitar and Twisted Sister music. At the last line of the father’s rather overlong speech, he says “What do you want to do with your life?” To which the son replies “I Wanna Rock!” with a voice strikingly similar to that of lead vocalist Dee Snider. The boy then transforms into Snider and the music begins. Snider sings to the other children, who turn into the rest of the band, and they wreak havoc on the family. The father gets the worst of the band’s mischief. The end of the song pays tribute to Metcalf‘s character Doug Niedermeyer from the 1978 film, Animal House (i.e. ‘Drop and give me 20’, ‘You’re all worthless and weak’).

Available now! http://amzn.to/2986uqrTwisted Sister, Metal Meltdown, a concert to honor A.J. Pero, in Las Vegas at the Hard Rock in May 2015! A 3-disc packag…