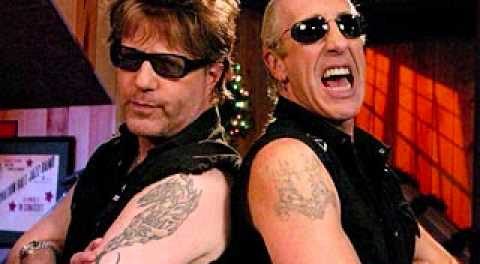 Twisted Sister‘s founder and guitarist Jay Jay French was recently interviewed on May 18, 2016 by Goldminemag. 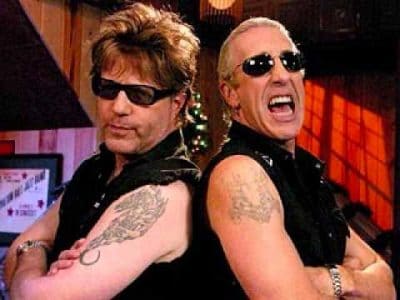 With respect to the group’s farewell tour and what fans can expect to be coming down the pike, French stated: “So we’re at A.J.’s service a couple days later — me, Mark, Eddie and Dee talking — I said, “Dee, you made it clear, that’s it. Let’s make it official. Next year’s the 40th anniversary of you, me and Eddie being together in 2016. I think we should do an official 40th and then call it — and my girlfriend suggested it — “40th and F**k It.” So the tour is called 40th and F**k It and the band is doing select dates. And along with those dates are a lot of things happening. We got the Twisted documentary out on DVD and in some theaters. We got a 3-CD set coming out (in the next three to four months) of music recorded live in the bars. We have the live A.J. Pero Memorial Concert that we taped and filmed in Vegas last May with Mike Portnoy on drums — he’s been filling in, doing the A.J. part. And I believe Warner Music, at my suggestion, will have a 10-album box set….” 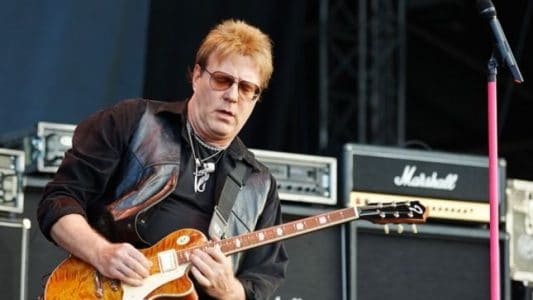 On any band of Twisted Sister‘s vintage releasing new material, French had some rather stark words as he stated: “And Dee doesn’t write anymore and that’s another problem, too. He refuses to write and the band doesn’t really feel like recording, so you’re not putting product out there. Not that anybody buys it. I mean, let’s be honest. Any classic band that releases a new record is an idiot for playing it. I mean, they can justify it all they want but no one cares. Let me tell you, you’re a bunch of stupid fools if you think that anyone gives a sh*t. They don’t. They say they do but they don’t. Which is why most of these classic bands make a new album, go out on a tour, start out with five songs from the new record, after a few weeks there are two songs and then they just want to play that one new song and get it over with. Because no one knows it and no one gives a sh*t about it, and they’re delusional to think they do. Another delusional thing is, let’s alter the arrangements and be hip. No one gives a sh*t about that either. If you’re a great entertainer, you’ll give them exactly what they want to hear, exactly how they want to hear it. That’s what great entertainers do. Idiot entertainers don’t do that.”