In a recent interview with Anti Hero Magazine, Twisted Sister guitarist Jay Jay French was asked whether he had any regrets with respect to the group’s back catalogue and specifically the Love Is For Suckers album.

French responded by stating: “Yeah, I regret that “Leader of the Pack” should not have been the lead single from that. I don’t think there was a distinctive recording. We used to play it in the bars, so we knew that it worked for the bars. I think the emphasis of the song as a single was a mistake, and helped shore in the end of the band. Then again, you can regret things or you can look and see what the results of the actions were. If the results of that were that it hastened the end of the band at that point, that’s fine because look where the band wound up. Maybe it was supposed to be that way. Maybe had we had success with “Come Out and Play,” maybe we wouldn’t have broken up when we did. Maybe we would’ve broken up later. Maybe it would’ve been different. You never know. You can’t rewrite your life. I’m not positive that it turned out to be the worst thing. It could not. Maybe it’s not, but we’ll never know, right? Because it happened. We’ll never know.” 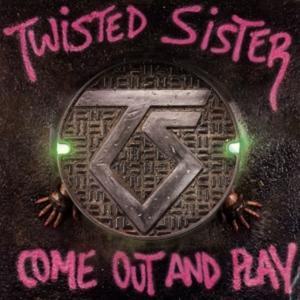 Come Out And Play — did not do justice by any means to some of the stellar tracks that were buried on the album. As far as I am concerned, The Shangri-Las‘ 1964 penned “Leader Of The Pack” was not representative of what Twisted Sister came up with on Come Out And Play and its release as the first single was the biggest mistake by a band that really could not afford any by that point having already overexposed itself with the “I Wanna Rock” and “We’re Not Gonna Take It” videos along with Dee Snider taking on the PMRC [Parents Music Resource Center]… The two tracks that should have been the first two singles as far as I am concerned were the powerful title track — which still sometimes gets played live by the band — and “You Want What We Got” which while still quite commercial sounding had a lot more oomph than either of “Leader Of The Pack” and “Be Chrool To Your Scuel.””

With respect to whether Twisted Sister will ever record new music, French stated to Anti Hero Magazine: “No, the band really has no desire to record. I don’t see any new music coming out. I have learned a long time ago that there’s no absolutes in this world, so I’m not going to say because I absolutely thought the band was never going to get back together again when we split in 1988, and I was wrong. This time I’m not going to be a prognosticator. I don’t know, but I don’t see recording as part of the future.” 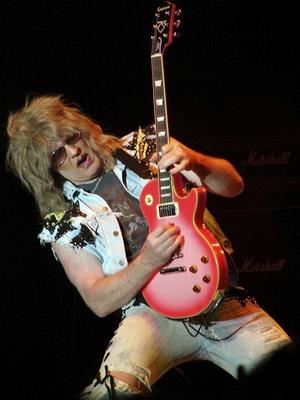 French was also asked about Twisted Sister‘s legacy to which he responded: “Yes, I think if you look at it, we recorded around 150 songs. Somewhere around there, 125 – 150 songs. That’s a lot of music. We sold a lot of records around the world, so we made a lot of people happy which I think is an important legacy. I think that the fact that songs like “We’re Not Gonna Take It” and “I Wanna Rock” have become worldwide anthems shows you the power of music to transcend cultures and language, and it’s actually more of something to be proud of than anything else because we can stand in stadiums around the world with these songs and everybody knows them. It’s connected people. To be part of a communications device, meaning a band, that can speak to so many people and make them feel good, especially with all the bad news and misery and violence in the world, to be part of the positive messages in the world is gratifying.

I think, if I speak on behalf of Dee and Eddie and me and Mark and Mike Portnoy, I’d rather be on the side of the people who give the positive messages than the negative messages, and I’m proud of the legacy of the band, that we entertained people and we did it right 100%, all the time, and put on great shows and that our fans were able to go to these shows and know that they were going to be entertained. They were going to have a good time. That is the most important legacy.”

You can react the rest of the interview with Jay Jay French at Anti Hero Magazine.