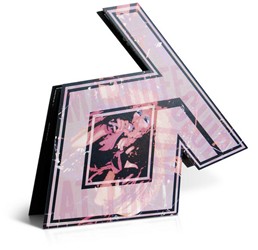 Hell-bent for eyeliner and ready to rock the world, Twisted Sister stormed the stage at London’s famed Marquee Club in March of 1983 for two intense shows that cemented the band’s live legacy in the U.K. Recordings from those legendary nights reveal the Long Island quintet raw, hungry and catching fire just a few months before it achieved breakout success on radio and MTV. Rhino Handmade taps into that power with ‘Live At The Marquee Club’, a concert album featuring 13 blistering rare and unreleased performances from both nights on a single disc.

Until now, the only way to hear bits and bobs of this historic two-night stand was through a series of 7″ and 12″ records released in 1983 exclusively in the U.K. ‘Live At The Marquee Club’ combines these hard-to-find cuts with five previously unreleased songs, including the title track from the band’s hard-rocking debut, ‘Under The Blade’, and covers of the Shangri-Las’ “Leader Of The Pack” and the Slade version of the R&B staple “Let The Good Times Roll.” The album also includes the first ever public performance of “You Can’t Stop Rock ‘n’ Roll,” which would surface just three months later on the band’s second album. Snider’s legendary stage banter — also unreleased — can be heard interspersed between a few songs.

Packaged in a glammed-up gatefold made from heavy-duty cardstock and die-cut into the shape of the iconic Twisted Sister logo, this Rhinohandmade.com release ships mid-September. All pre-orders placed before 11:59 p.m. PST on September 18, 2011 will be automatically entered to win one of 50 copies signed by the entire band. Get it at www.rhino.com.