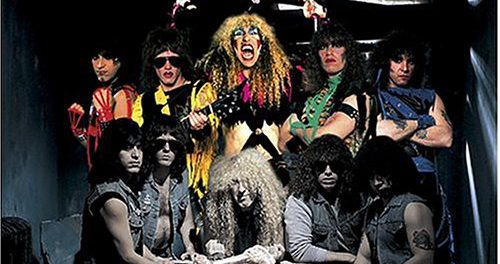 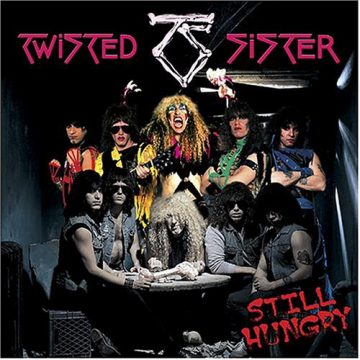 World renowned photographer Mark Weiss was recently interviewed by Hair Band Heaven to promote his new book The Decade That Rocked: The Photography of Mark “Weissguy” Weiss, which was released earlier this month.

Weiss was asked about the iconic cover for Twisted Sister‘s album Stay Hungry that was not originally supposed to look like that to which he explained:

“It’s funny how things work out, and they don’t work out in that case they didn’t work out. The set I built wasn’t big enough to hold ten people, and I had a certain budget and we didn’t have photoshop where we could move things around after we got it and make it appear something. After you got the photo you had to deal with it. The idea for the original cover was to have the band that was the back cover which was them in street clothes in this dingy hideaway, and then have the band in full costume looking over them.

They actually released an album called “Still Hungry” like one of their anniversary and they actually put it together as it should’ve been because now there’s photoshop and it’s a lot easier. It doesn’t look as good and wasn’t really executed great. It looked like 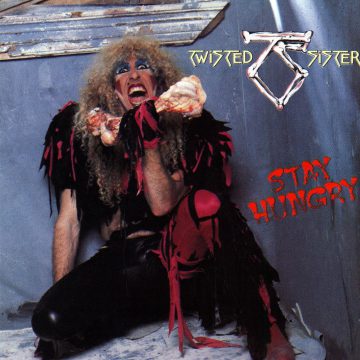 what it should’ve looked like and what we designed it to, but if you look at the original cover and the “Still Hungry” cover what it was intended to be it doesn’t really compete with that one image of Dee [Snider] with the bone. That one photo was the iconic image.”

In terms of his friendship with now deceased Quiet Riot frontman Kevin DuBrow, Weiss indicated: “Whenever I went to L.A. my friends and other bands would ask me where I was staying? I would say at Kevin DuBrow‘s house and they would look at me like I was from Mars. I’d be like dude, I like him. And they would be like yeah, but tell him to shut the fuck up. But that was just the way he was whether he had a big hit or he didn’t. He just couldn’t stop talking.”

You can read the rest of the interview with Mark Weiss at Hair Band Heaven‘s website.

Wikipedia indicates the following about Twisted Sister‘s album Still Hungry: “In March 2004, the band entered the studio to completely re-record the group’s Stay Hungry album for Demolition Records. The band members reported that they were not happy with the original album’s production, so this time they produced it themselves. The re-recording was released under the name Still Hungry and contained seven bonus tracks.”