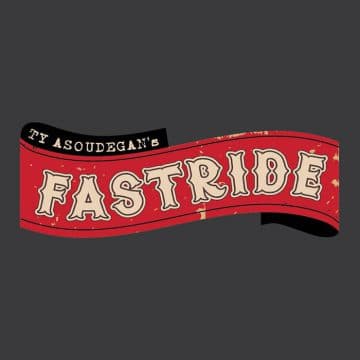 Los Angeles, California, USA based Fastride have released a new three song EP and have a video for their song “Lords of The Night.”

“Ty Asoudegan, who studied at Berklee College of Music, is a visually exciting and powerful guitarist/songwriter. He is active with his band Fastride and also as a solo blues musician playing, recording, and collaborating with artists nationally. Ty‘s work as a touring musician has led him to share the stage with Buddy Guy, Scott Ian, Black Star Riders (Thin Lizzy), Jake E. Lee, Tom Keifer, Metal Mike, Dean Ween, Michael Graves, Steel Panther, and even grabbed the attention of Rock icon Slash (Guns N’ Roses). He has also pursued teaching since leaving school, but does not limit his lessons to the just the classroom. Ty leads ensembles, week long camps, and hosts clinics/seminars at School of Rock locations in the Los Angeles Area.  His band Fastride have recorded and released their follow up EP alongside producer JD DeServio (Black Label Society).”

You can purchase Fastride‘s EP via the group’s Bandcamp page.

Fastride‘s “Lords of The Night” video:

Lords of the Night – Fastride