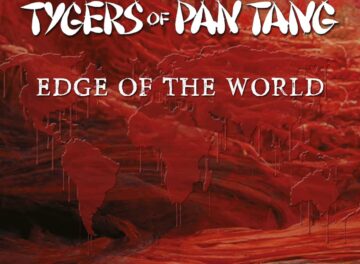 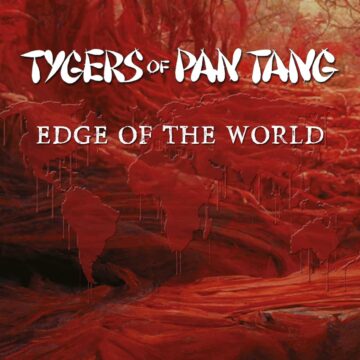 UK rockers Tygers of Pan Tang consisting of guitarists Robb Weir and Francesco Marras, lead vocalist Jack Meille, bassist Huw Holding and drummer Craig Ellis have unveiled a video for their new single “Edge of The World” from their upcoming album, which will be released in the spring of 2023.

“What did the Tygers do when the world was locked down? Well, quite a lot as it happens. For a start a new guitarist, Francesco Marras, and a new bass player, Huw Holding, were recruited. They were also proud to collect a music industry award from Hard Rock Hell as winners in the NWOBHM section. And … if that wasn’t enough, they have written and demoed their next album and produced a new four track EP.

The EP features two re-recorded tracks from their first album “Wild Cat” plus two new tracks. “Fireclown” and “Killers” from “Wild Cat” now firmly bear Francesco’s musical stamp and new tracks “A New Heartbeat” and “Red Mist” demonstrate what might be expected from the next Tygers album – the Tygers signature sound of heavy as hell riffs, finger knotting solos and Jack Meille’s vocals extraordinaire. The mix was executed by Marco Angioni at Angioni Studios and, as with all recent Tygers releases, the mastering was completed by Harry Hess.”

Tygers of Pan Tang‘s “Edge of The World” video: