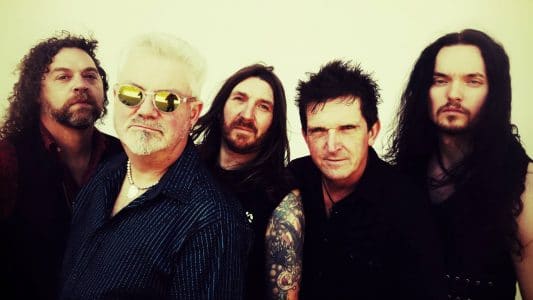 Wikipedia describes the band’s history as follows (with slight edits): “Tygers of Pan Tang are a heavy metal band, part of the new wave of British heavy metal movement. They formed in 1978 in Whitley Bay, England, and were active until 1987. The band reformed in 1999 and continue to record and perform. The name is derived from Pan Tang, a fictional archipelago in Michael Moorcock‘s Elric of Melniboné fantasy series whose wizards keep tigers as pets.”

In terms of the groups’ early years, Wikipedia states in part: “The Tygers of Pan Tang was originally formed by Robb Weir (guitar), Richard “Rocky” Laws (bass), Jess Cox (vocals) and Brian Dick (drums). They played in working men’s clubs and were first signed by local independent label Neat Records before MCA gave them a major record deal. After several singles, they released their first album, Wild Cat, in 1980. The album reached No. 18 in the UK Album Chart in the first week of its release.

Subsequently John Sykes (formerly of Streetfighter, later in Badlands, Thin Lizzy, Whitesnake, and Blue Murder) was added as second guitarist. Jess Cox had a falling out with the others and quit, to be replaced by Persian Risk vocalist Jon Deverill. This lineup released Spellbound in 1981.

Sykes quit after the release of the third album, Crazy Nights, to audition for Ozzy Osbourne‘s band. He was replaced by ex-Penetration guitarist Fred Purser who had to learn the set in two days before touring.

Tygers of Pan Tang‘s fourth album, The Cage, was released in 1982. The band then had a disagreement with MCA, who were not prepared to promote them unless they agreed to play more cover recordings (following the band’s hit with “Love Potion No. 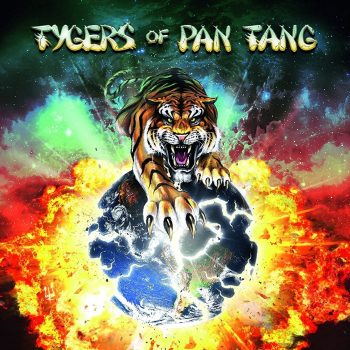 9″). They subsequently tried to break free from their contract, but MCA‘s demands exceeded the willingness of any other record company to pay to free the band, and the band broke up in frustration.”