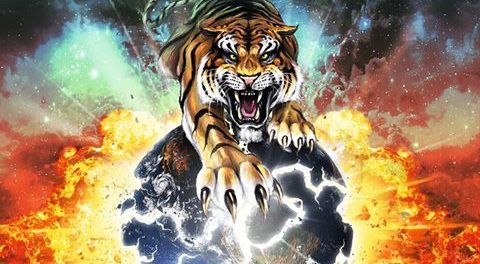 Tygers Of Pan Tang date back to 1978. They released their first studio album Wild Cat in 1980 before first disbanding in 1987. The band reformed in 1999 with guitarist Robb Weir being the only remaining original member as of 2016. 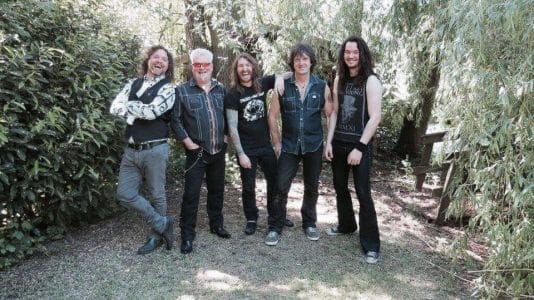 “Once in a while in an band’s career comes a special time, a period where you feel it’s all finally coming together and that time I’m proud to say is NOW! The new Tygers album is finished, done and dusted and ready to unleash our ‘Tygertastic,’ audience. You’re gonna love this one, it’s a MONSTER……”, Robb Weir, founder and guitarist of Tygers Of Pan Tang, July 2016.

Who would have predicted that 2016 would turn out to be the most productively successful year since their early days for a band whose history stretches back to the birth of the New Wave of British Heavy Metal? Much has been written about the role the Tygers played in the establishment of the movement and about the comings and goings within the band, but it is safe to say that the current line up brings a creative stability and a shared camaraderie that will keep them together, playing live and making records for some time to come.

The year began the signing of a new record deal with Scandinavia’s premier rock&metal label Mighty Music giving the band the opportunity to record the material they had written and honed in a burst of activity in late 2015. Whilst the band were happy to produce themselves at The Blast Studio in Newcastle they knew that the mix needed a fresh pair of ears.

Mighty Music CEO Michael H. Andersen recommended Soren Andersen/Medley Studio for the mix of the album. Having heard and been impressed by material recorded and mixed by Soren Andersen (Glenn Hughes, Mike Tramp), the Tygers sought out his services. Soren was only too happy to work with a band whose credentials were so firmly established. For the mastering, Harry Hess of Harem Scarem fame was the perfect man for the job.

Leaving the music in his capable hands, next stop for the band was South America. Having no idea what reception they would receive they were overwhelmed by the fierce dedication of the fans in Brazil and Columbia, who, in many cases, had waited years for an opportunity to witness the live show. From South America to Europe without a breath and then on to North America where they headlined Chicago’s Ragnarokkr festival. To say they aced it is an understatement and in the words of the promoter ‘The Tygers started the first Ragnarokkr riot because people were so pumped up.

And the new material will be road tested with their first extensive UK dates for many a year. And, as we write, plans for worldwide dates in support of the album are already coming to fruition.

In late August first single “Only The Brave” will be released on 7” vinyl ep with exclusive bonus track “What Do You Say” from the album recording session. A music video for “Only The Brave” is being shot as we speak.

The long awaited comeback album “Tygers Of Pan Tang” will be released worldwide Friday 21st of October 2016 on LP, ltd picture LP, CD and through all digital services. 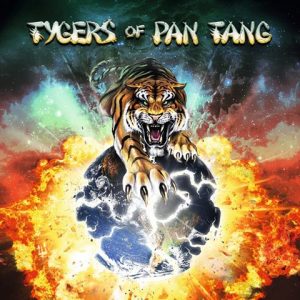