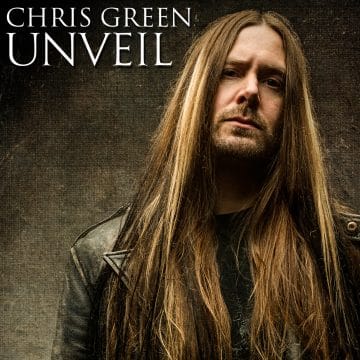 “Best known as the guitarist for metal veterans Tyketto and Rubicon Cross, Chris Green will be showcasing his six-string skills on an all-instrumental five-song EP, ‘Unveil,’ which will be issued on December 2nd… The release comes hot on the heels of Tyketto’s latest offering, ‘Reach,’ which was released via Frontier Records on October 14th…

“I think a lot of people have forgotten what it is to be moved by a piece of music that uses no lyrics,” explains Green. “The listener gets to interpret the piece however they see fit. That was my goal. For me, to finally move freely within music with no boundaries was a complete luxury, and a challenge at the same time. What I’ve laid down on this album isn’t just notes, it’s laying every emotion I experienced during a turbulent time of my life without using a single word.” 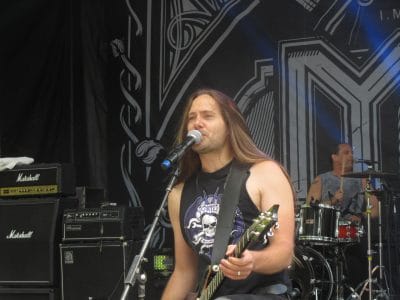 The turbulent time that Green mentions occurred with the passing of his father, who was also one of his best friends and biggest supporters. “I still really miss our talks, but one that comes to mind and will always stay with me is essentially the reason I recorded these tracks in the first place. After an hour or so bitching about being in bands and why democracy within them seems to be not only a near impossible task but a process only matched by sitting in a dentist chair having teeth pulled, he simply said ‘Well, just record your own bloody album under your own name like I’ve always said to you. Then you are your own boss, can write what you want, and answer to nobody.’

As it turns out, his father’s passing also served as the inspiration for one of the EP’s standout tracks, “Undefeated.” “This is without doubt the most emotive piece I’ve ever written. My father was in my mind throughout the entire creation of this track. The intro to the 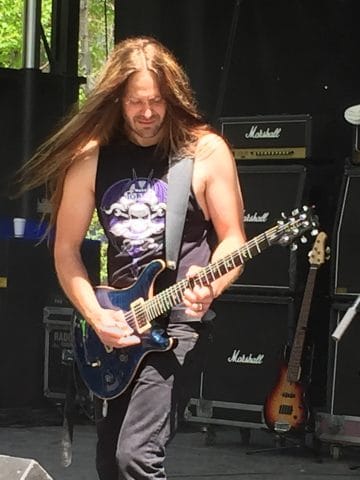 song was something I came up with really soon after dad’s passing.”

For years now, Green has been gaining popularity amongst fans and peers alike for his melodic approach to technical lead guitar playing. His recognizable signature sound of Marshall tube amps and PRS guitars has earned him accolades across the globe. When asked about his playing style Chris says, “For me, guitar playing boils down to some very simple factors. Be melodic when it counts, flare your acrobatic abilities only when the time is right, stay in tune, and be a nice person. These things have opened more doors for me than any other advice I’ve ever received.”

With a multitude of worldwide dates behind him, including some of the most prestigious festivals known to rock fans, the future is looking extremely bright.