Tyketto have announced that they are putting the finishing touches on their upcoming live DVD but no release dye has yet t be announced. 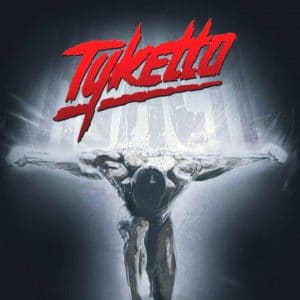 The following message was posted in part on Tyketto‘s Facebook page a few hours ago:

“Sorry it’s been a while since we’ve last posted, but the band has been locked away putting the finishing touches on our upcoming DVD. We couldn’t be happier with how it’s all coming together. This one is going to make the Tyketto loyal quite proud, and is well worth the 25 year wait. Hats off to our own Chris Childs for not only mixing a kick ass live performance, but for also taking the helm of the entire layout and artistic design. Stay tuned for release info.

In the meantime, please feel free to enjoy the video that kick started one of the best years in the band’s history. As our good friend Ross just noticed, although still under a year old, the REACH video has over 160,000 views. Enjoy, and keep sharing;…”

Tyketto‘s Reach album ended up #9 on the Sleaze Roxx Readers’ Top 20 Albums of 2016 to which Sleaze Roxx stated: “Tyketto‘s Reach is the highest charting album on the Sleaze Roxx Readers’ Top 20 Albums of 2016 to not receive a review in 2016. This is not by design but simply because no one at Sleaze Roxx got around to reviewing the album yet! Perhaps part of the problem is that Tyketto experienced a setback as just when Reach was released, the group elected to cancel its upcoming fall tour dates due to two family emergencies. Out of sight, out of mind. Reach is really a landmark album for the hard rockers as the band released its first video in 22 years in support of the record and is the first album without guitarist Brooke St. James and also did not include long-time bassist Jimi Kennedy. In addition, Reach is the debut for new Tyketto band members — guitarist Chris Green, bassist Chris Childs and keyboardist Ged Rylands. One thing is for certain, Tyketto‘s Reach provided one of the finest singers — Danny Vaughn — with the chance to shine once again. Hopefully, we do not have to wait too long for the next Tyketto record.”