Tyketto featuring original members Danny Vaughn (lead vocals) and Michael Clayton (drums) have released a video for their hit song “Forever Young” from their upcoming new live CD/DVD titled We’ve Got Tomorrow, We’ve Got Tonight, which will be available via the group’s website on April 1, 2019. 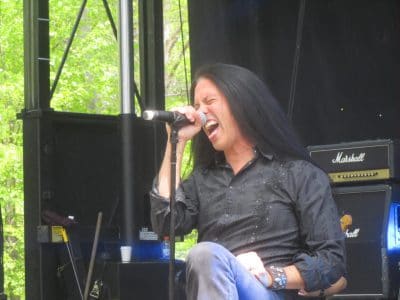 “After many months of hard work, our “We’ve Got Tomorrow We’ve Got Tonight” CD/DVD is finally in production and shall be headed off to the UK within a week or so. Barring any shipping hold-ups, we are hoping to get the first wave mailed out to everyone who was in attendance at the Muni shoot by the end of this month. We are then going to do a special pre-release in March, where the DVD will only be available at the upcoming UK/USA Strength in Numbers 25th Anniversary Tour shows. It will be available globally on April 1st via the website.

Also, check the website for ticket links and updates for the March tour. Three of the eight shows are already old out with a month to go! Don’t forget we will be recording the entire tour for a special Strength in Numbers LIVE album to be released later this year.

This all happens at Tyketto.com

As far as the attached video clip, over the decades I must have listened to, rehearsed, recorded, discussed and performed “Forever Young” thousands of times. There is something about this version that hits me on a deeper level than ever before. Chris and Danny took it to a place I didn’t know existed, and Emma, Stephanie, Stacey, and Cheryl put it over the top. It’s ironic that although there are no drums on this version, it is my favorite ever performed.

After many months of hard work, our “We’ve Got Tomorrow We’ve Got Tonight” CD/DVD is finally in production and shall be headed off to the UK within a week or…