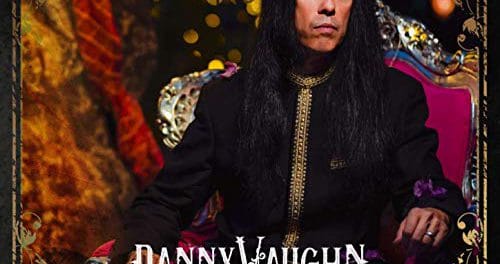 Tyketto frontman Danny Vaughn has released a video for his song “The Shadow of King John” from his recently released solo album Myths, Legends & Lies. 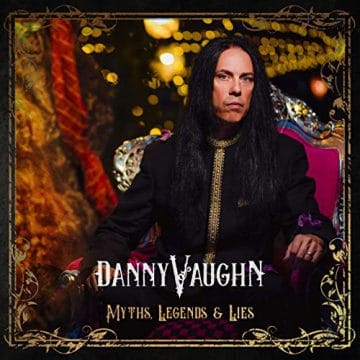 “Danny Vaughn‘s hit solo album ‘Myths, Legends & Lies’ turned out to be an epic quest in its making and rare treasure at its release.

As Danny himself puts it, “This album is, first and foremost, a labour of love and beyond the immediate support of my fans, I honestly had no expectations as to what would happen next. I have been stunned and amazed each day at the incredible reviews it has been receiving both in the rock press and well beyond. With the video out and all of us doing everything we can to try and get some radio airplay, I’m back to being a starry-eyed dreamer once again. It’s a great feeling!”

Danny‘s solo project showcases his range and talents as singer, songwriter, multi-instrumentalist and storyteller. It’s a project that’s been close to his heart and draws on his life-long love of storytelling and the oral tradition, brought to life in music. Artree Folk & Roots Music Magazine nails it with their review, “ All his years on the music scene have more than readied Vaughn for his solo career but with Myths, Legends and Lies it really does feel as though he has taken himself to the next level as he creates his rich soundscapes of inimitable melodies as his musical nature evolves time and time again.”

The latest single to be released from the album is ‘The Shadow of King John’ and you won’t be surprised to find that like all the tracks on the album, there’s a story behind it. RNR Magazine said about the single “ Danny Vaughn opens his new, Long-awaited album with an uplifting ode to his Irish roots in ‘The Shadow Of King John’, combining Americana and Irish music with the sort of knowing swagger that Steve Earle possesses”…

Danny explains his inspiration: “I lived in Limerick, Ireland, for about 4 years during the period known as ‘The Celtic Tiger‘: an economic boom the likes of which the country had never seen before. I learned about The Craic, Rugby, Hurling, and the science of pouring the perfect pint. I loved the little cul de sac street I lived on. My neighbours all knew and looked after one another and 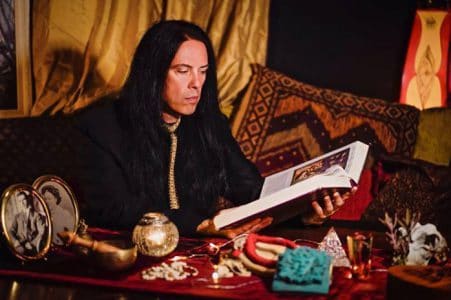 you could expect a friendly greeting every time you stepped out of your front door. I loved telling my American friends that I lived right next to a prison and a dog track. If it wasn’t for the rain, I might still be there.

“I came back in 2015 and, like so many cities in the western world at that time, many of the signs of economic well-being were gone. I felt sad walking the streets of ‘my city’ again, seeing so many boarded up storefronts and people sleeping rough. That’s when the song started coming to me.

“The city landscape is dominated by King John’s Castle, which began construction around 1200. Its high turrets and walls have overseen everything that has occurred in its shadow, from the city’s many sieges to Limerick winning the all Ireland Senior Hurling Championships.

“I wanted to write a song for this place I had called home. I wanted to capture a little bit of her spirit so that, even thought the song depicts hard times, it also shows the love of life, the friendships, laughter and music that I associate with my years there.

“Times are better now. The castle was there long before us and will be there long after. Long may it stand.”

Danny has been be taking his new material out on tour in the UK and will continue to do so, also touring in Europe. For full info see Danny‘s website: http://www.dannyvaughn.com/site/gigs“