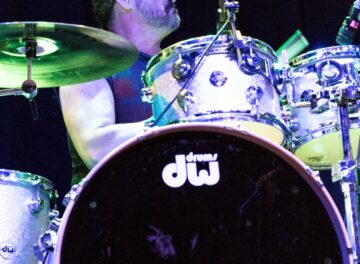 Tyketto are undergoing some major line-up changes as singer Danny Vaughn announced today via a YouTube video that drummer / band co-founder Michael Clayton and guitarist Chris Green will be playing their last show with the group at the upcoming Monsters of Rock Cruise in 2023. 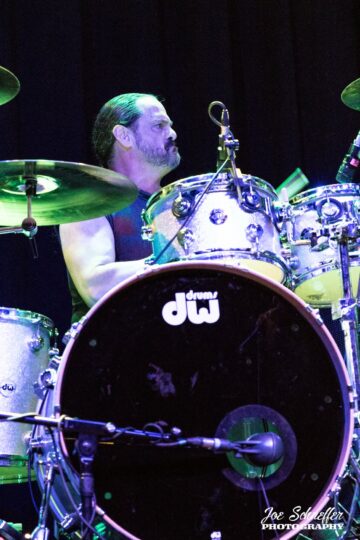 Vaughn indicated in his video announcement (as transcribed by Sleaze Roxx):

“Hey everyone, Danny Vaughn here. I have a really important message for all our amazing fans of Tyketto out there. Grab a cup of tea, grab a cup of coffee, whatever — it’s going to take a few minutes. Let’s get into it. First of all, let me apologize if I’m not looking directly at the camera. Because I have a lot to say and I know I would make a mess of it if I did everything off the cuff so I am reading from pages just behind you to get all my thoughts clear. So I apologize if sometimes, I’m not staring right at you. That’s what that is all about.

So, here you go. To say that the past two years has changed things would be a huge understatement. Everyone I know in every field or endeavour has felt loss, uncertainty and the need to move with all sorts of new changes. That was especially true of everyone in the arts and that’s true of us in Tyketto as well. As the clouds lift and we all look hopefully towards the future making plans for gigs and tours, all of us in Tyketto are having to face up to some pretty big changes that have to take place. On one hand, year 2023 will see Tyketto playing more gigs, more festivals and longer tours than we’ve been able to do in the past but that good news comes at a price. It’s hard for even me to get my head around but the truth is that as the band moves forward, we are going to be doing it without Tyketto‘s co-founder, drummer and manager, Michael Clayton Arbeeny, as well as without our axe wielding virtuoso Chris Green. I’ll give you a moment to catch your breath. It took me a couple of weeks.

Before you ask, here’s the simple truth of it. Both Michael and Chris are deeply devoted parents and family men. Both of them have their own business that require almost constant attention on a daily basis and an increased touring schedule would create more stress and anxiety that they or their families should have to put up with. This is something that became clear to them both during the last two years of the pandemic. The most important thing that you should all know is that this is a decision that all five of us — Michael, Chris, [keyboardist] Ged Rylands and [bassist] Greg Smith — discussed for quite a while and a conclusion 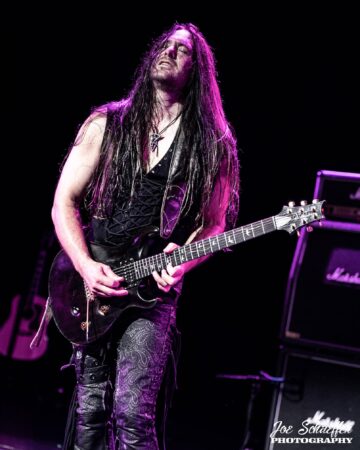 that we came to together. There weren’t any fights. No behind the scenes music melodrama. Nobody’s been fired. Nobody quit. In fact, for a little while, I was fairly convinced that without those two, we should really just fold up Tyketto‘s tent for good. But, both Chris and Michael have encouraged me to think otherwise.

Perhaps some of you aren’t going to be very happy with that idea. Maybe you’ll think that I am doing some kind of money grab by keeping the band going with a couple of new players. That’s just not the case. The choices we were limited to — no Tyketto at all or a Tyketto that still has me up front with Ged and Greg right there beside me. You can bet I know how big Michael and Chris’ shoes are to fill. Nobody knows better than I do but I have reached out to some of the best players that I know. I’ll be letting you guys know who those guys are in a later announcement but that’s not appropriate for today. I don’t know how many more years of touring that I have in me but I truly want to make a good showing of it on my way out. And Michael and Chris will never be completely out of the picture. They will always remain an integral part of the Tyketto family.

As you all know, we are honoured to be back on the roster for the Monsters of Rock Cruise in 2023 and that will be the final performance for Michael and Chris. So, if you can make it, you’re going to want to be there. Michael has been my best friend and staunchest supporter for more than 30 years now. And Chris is quite simply a dear person to me with whom I have been friends for a couple of decades and that is not going to change anytime soon. So yeah, my head is reeling but I am making plans and gathering up my courage to see what we can make out of the future. It’s all of our hopes that you’ll be right there with us. Our relationship with our fans is a very personal one so right after this video, both Michael and Chris will have their own say on this matter and you can bet it’s coming from their hearts. Thank you for listening. Thank you for always being there for Tyketto and for me, and watch this space for what happens next. Tyketto will be touring in 2023. We really hope that we get to see you all there. Wishing you peace, love and rock n’ roll.”