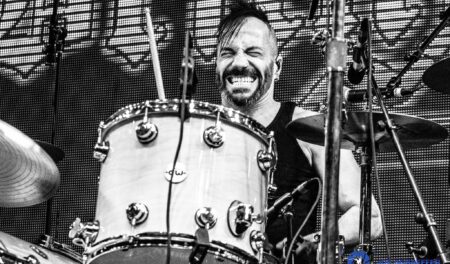 After sitting on the touring sidelines for a number of years due to the Covid pandemic and the subsequent departures of drummer Michael Clayton and guitarist Chris Green, Tyketto are set to embark on the Triple Headline UK Tour 2023 along with UK rockers F.M. and Dare.

Replacing Clayton on the drums will be none other than Doro and Britny Fox drummer Johnny Dee. The following message was posted on Tyketto‘s Facebook page back on September 3, 2022: 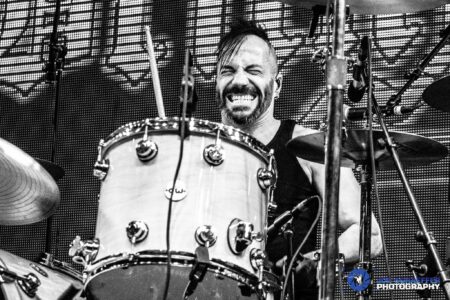 “Happy Saturday Everyone! You have been kindly patient and so it’s time to reward you with our latest

Who? Who? Who, will be bold enough, brash enough and downright rocktastic enough to take his place on the drum stool after the departure of Michael Clayton Arbeeny? To be honest, I only had to make one phone call. Because I started my musical friendship with this man 36 years ago and he’s always been one of the best rock drummers there is. So, ladies and gents, please give a very warm welcome to Tyketto‘s new drummer, coming to you from such monsters of rock as WWIII, Waysted, Britny Fox and Doro, the powerhouse that is JOHNNY DEE!!!!

I know you guys will all show him the love that always comes from our amazing fanbase and he’s going to love getting to know all of you on next year’s tour.

On guitar replacing Green will be Chez Kane guitarist Harry Scott Elliott. Tyketto‘s announcement in that regard dates back to July 29, 2022 (with slight edits):

Many of our UK fans will already be familiar with Harry but for those who are hearing his name for the first time let me tell you that, as usually happens with all things Tyketto, there is a familial thread that runs through this story. 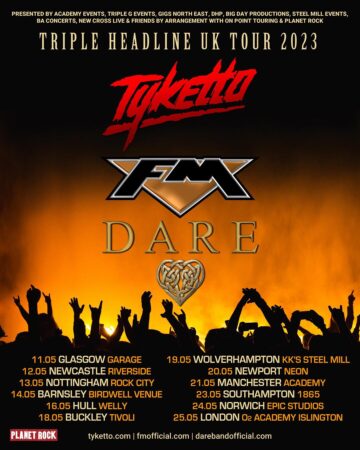 We first met Harry backstage at Hard Rock Hell one year as the guitarist for an up and coming band that we all instantly loved called “Kane’d”. Demo tapes were handed over, contact numbers exchanged and thus began a friendship with the entire band that eventually saw them open up for us on our 25th anniversary of Strength In Numbers tour in the UK. To say that the audiences were impressed was an understatement. We also had Kane’d open up for us when we recorded our “We’ve Got Tomorrow, We’ve Got Tonight” DVD in Wales. The Kane sisters were intrinsic in helping us realise our very special vision for those performances and added their strong vocal talents to our set as backing singers.

Harry, humble lad that he is, offered to help out with anything we needed behind the scenes and he was an absolute blessing to have on the team working with all of the various guitars and set changes that were needed. I also discovered that he is a long time fan of Tyketto’s and thus began a fast friendship between himself and Chris Green. In fact, when I had come up with a short list of players that I thought might best be suited to take Chris’ place after he steps down, I went to Chris and asked him how he thought Harry would do in the role. Without hesitation, Chris replied that he thought Harry was absolutely the man for the job.

He’s not just a player that can handle all the different techniques that are required by our songs but he is also the right personality fit for us as a band member and travelling companion. He knows how important our fans are to us and how we take no gig and no fan for granted. In short, he’s got his head on straight.

Currently, Harry is playing with Chez Kane in her solo band but he has also played with Kee Marcello and Robin Beck and has a very bright future ahead of him.

Earlier this year, I invited Harry and Chez to join me on stage at a private house concert in Wolverhampton and asked him to learn a few acoustic versions of our songs. He played beautifully, (they both did) showed no signs of stress, and, for me, that was the beginning of our musical relationship. His skills on both electric and acoustic guitars are exceptional and he’s already been hard at work on the set for next year’s Tyketto tour (more on that later).

We are all very excited to take this band back onto the road.

Our fans are the best and I know that you will make Harry welcome and feel right at home in no time. It isn’t going to be easy to wait until next spring but it’s going to be oh so worth it!