Tyla’s Dog A’mour continue to be quite prolific in releasing material in these last few years as the group has just released a digit; album titled Isolation Crossing that consists of demos recorded during the lockdown caused by the Coronavirus pandemic. You can purchase the new album via the Bandcamp page for Tyla’s Dogs D’Amour. 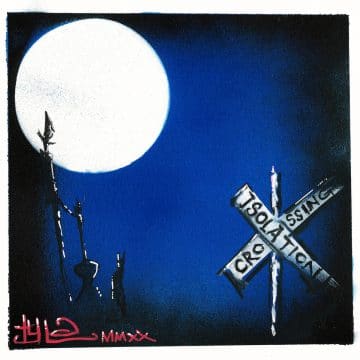 “Tyla J. Pallas is an English musician, artist and poet. He first made a name for himself in the late 80’s with rock n’ roll band The Dogs D’Amour. He has since released a prolific succession of albums and toured the world over as a solo artist. As well as being an accomplished songwriter, Tyla is equally well known for his distinct painting style that has adorned his album covers from the beginning.

The latest chapter in Tyla’s epic tale sees him backed by the all new Tyla’s Dogs D’Amour, coming soon to a town near you!”