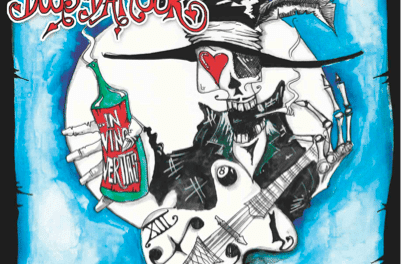 Former The Dogs D’Amour frontman Tyla returns with his band called Tyla’s Dogs D’Amour and a new album titled In Vino Veritas that was recently released on November 16, 2018. Tyla did a Pledge Music campaign for the album, which reached 286% of its goal. 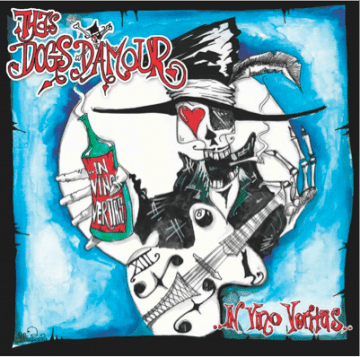 “After a few well-documented stumbles it’s now 35 years since The Dogs D’Amour exploded into existence.

“Their second album, In the Dynamite Jet Saloon, is one of the greatest rock’n’roll records ever made. Ever. Simply speaking, they were the coolest band that ever was. They were the swaggering, stumbling, hobo kings of rock’n’roll’s back alley. They could out-drink, out-fight, out-fuck and out-rock any outfit you can think of. They wrote about life, and liquor, and love – the real stuff, the kind that tears a good man asunder, and the graveyard of empty bottles it often leaves in it’s wake. They were the real deal, in a decade when real was lost and presumed dead forever.” (Classic Rock)

In 2016, a box-set re-release of the early Dogs albums re-ignited interest not only in the band & their songs but in their main man – singer, songwriter, guitarist and front-man Tyla.

Despite a lifetime in the fast-lane & mishaps aplenty, he is still alive and kicking. Still incendiary. Still stirring up conflict with his art, music, live performances and writing. He’s a renowned 21st century poet and modern day troubadour who has never stopped writing, recording, painting and drawing. A travelling man whose home is where his he(art) is.

In addition to the new album, and as part of this Pledge campaign, the band will be recording a limited-edition 10-song covers album. In Musica Veritas. A special collection of songs that mean something to Tyla. An homage to his musical heroes and influences over the years. Listen to the songs and read his stories behind them. You won’t be surprised that you’ll be surprised – it’s more tales of the unexpected.”

The song ‘111’ from the Album In Vino Veritas by Tyla’s Dogs D’AmourRecorded and mixed by Jamie Turnbull in his Edinburgh Studio.www.recordingedinburgh.co.uk