Australia metal band Tyrant featuring Roadkill frontman Neil Wilson have announced that they are celebrating their 34th year anniversary and will be releasing a new greatest hits album entitled Thunder And Steel, which will feature one new song. 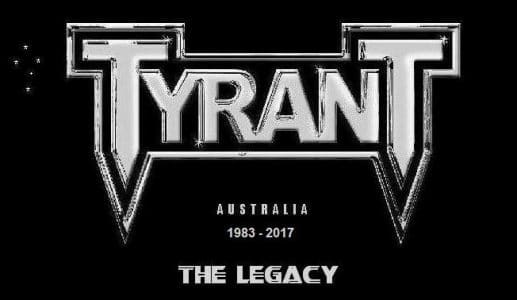 “Today, marks the day TYRANT formed more than 34 years ago!

While we never became ‘superstars’ – I look back at our history and I am pretty proud of the music that we have created!

Definitely not rich or famous, we’ve created our own little legacy – Tasmania’s first original metal band, we had a #1 seller with the ‘Never Too Loud‘ EP, we head-lined the ‘Metal Crusade‘ show in Sydney, back in 1985 and over the years – shared the stage with tons of great bands – including many heroes, friends and brothers in arms!

In a few weeks time we will release our new album/CD, “Thunder And Steel” – featuring 17 songs from our ‘legacy’ – including a brand new song titled, Hellbound – which will be the 8th product released by the band! The CD is being re-mastered by Joe Haley – guitarist from Tasmania’s metal legends, Psycroptic!

All the guys who have been part of the journey, thank you – it’s been a blast and to guys currently kicking ass with me – warm up 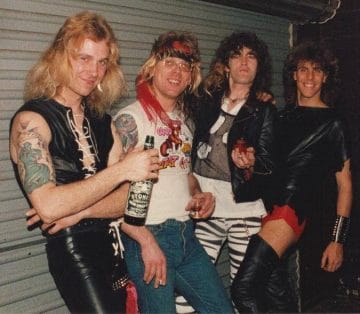 those Marshall stacks as it’s almost time to get out and play again and deliver the Thunder Down Under – the official video to be uploaded on April 1!”

From the “Never Too Loud Anniversary”‘ EP, ‘Thunder & Steel’ features the MK4 line up of TYRANT with the re-recorded audio for the EP.Originally recorded in…