Tyrant release video for “Thunder Down Under”

Australian metal rockers Tyrant have released a video for their song “Thunder Down Under.” 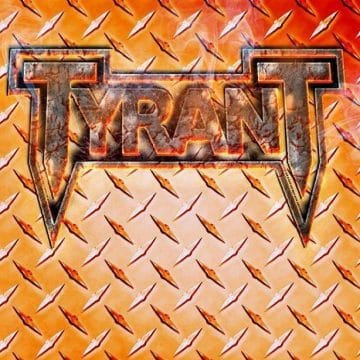 Tyrant is influenced by countless hard rock/heavy metal acts from Australia and overseas from the 70’s, 80’s through to today’s traditional metal acts. Tyrant has played shows all over Tasmania, including the Hobart City Hall and at various Australian ‘iconic’ venues including: The Manzil Room, Kardome Cafe, Springfields, The Iron Duke, Oxford Hotel, Seven Hills Hotel – as well as head-lining the first ever “Metal Crusade”- along with Bengal Tigers, Shy Thunder, Statez and Vice, in 1985 at Selina’s, Coogee Bay (Sydney) before 1,800 metal maniacs!…

The bands’ debut EP, “Never Too Loud” – topped the Hobart metal charts and reached number 7 in Melbourne. Tyrant have released six self-financed products to date: ‘Never Too Loud‘, ‘Freaks Of Nature‘, ‘Thunder Down Under‘, ‘Live Bootleg‘ ‘Save The Devil‘ and the latest, ‘Save The Devil : Special Edition‘!

“Save The Devil” was recorded at Izaneer studios in Tasmania, being engineered and produced by Brett Collidge. The CD was remixed by Michael Shelley (Roadkill, Rogue Sharks). A number of video clips can be viewed at YouTube.com – under Tyrant (Australia) including, ‘Lay Down The Law’ . On March 29, 2013, Tyrant played their ’30th Anniversary’ show (marking the band’s debut show in 1983) at Hobart’s Brisbane hotel – to celebrate this milestone in our history. Tyrant released a new ’30th Anniversary Edition’ of “Never Too Loud” EP onto CD.”

Tyrant will be releasing a new greatest hits album entitled Thunder And Steel, which will feature one new song.