U.D.O.‘s long-time guitarist Andrey Smirnoff has unveiled a video for his latest solo single “Light And Shadow” from his upcoming album Electric Gravity, which will be available as a digital release in September 2021. Smirnoff plays guitar, bass and 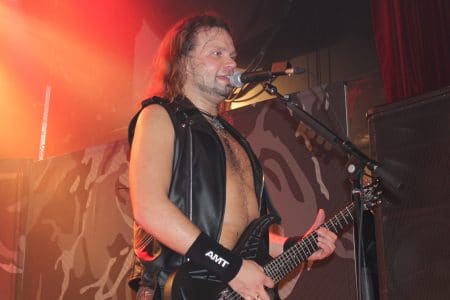 keyboards on his latest single.

Here is my new track from upcoming solo album, “Electric Gravity.” My new single “Light & Shadow” is out now!

This track is a celebration of all forms of arts: heavy metal fury and classical music elegance; roaring brutality of a guitar and sensitive beauty of a dancer. Since my childhood I was surrounded by classical music, back then I didn’t fully understand its power. Only when I discovered neoclassical metal, all pieces came together. It’s still my passion.”