Big news in the U.D.O. camp as the group announced two new band members today in bassist Tilen Hudrap and guitarist Dee Dammers. Hudrap‘s arrival signals the end of bassist Fitty Wienhold‘s 23 year run with the band from 1996 to 2018. 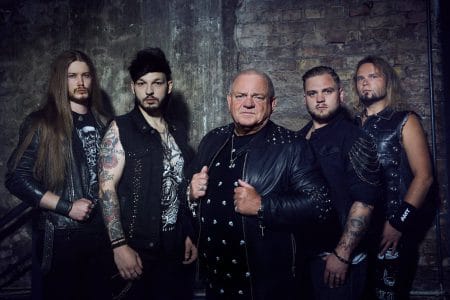 “We are extremely proud and happy to finally be able to introduce you to our two new Band Members!

Dee Dammers on guitar and Tilen Hudrap on bass. Both are very talented Musicians and we are really excited to have them in U.D.O.!

We hope that you will enjoy the new line up, and that it will be around for a very long time.

The new line up will start rehearsals for the upcoming U.D.O. tour of Russia very shortly. We will, as always, keep you updated on our progress via social media.

And of course, our very best wishes to Fitty, who has been much, much more than just the Band’s Bass Player for all these years.”