U.D.O. featuring former Accept singer Udo Dirkschneider have released a lyric video for their new song “Rising High” from their upcoming new studio album Steelfactory, which will be released via AFM Records / Soulfood Music on August 31, 2018. 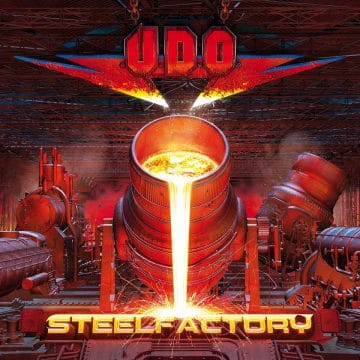 AFM Records‘ website states (with slight edits): “After honoring the classic Accept songs live with his other project Dirkschneider in the last couple of years, it’s definitely about time to release a new U.D.O. studio album. “Steelfactory” will be out on August 31st 2018 via AFM Records / Soulfood Music.

The songs on “Steelfactory” are clearly influenced by the past Dirkschneider shows – the simple straightness of the anthem-like songs make it a timeless record.

With its earthy handmade sound – with the help of danish producer Jacob Hanson (e.g. Volbeat) – “Steelfactory” catches the spirit of the age perfectly.”