Former Accept frontman Udo Dirkschneider has teamed up with two of his former Accept bandmates — bassist Peter Baltes and guitarist Stefan Kaufmann — to release a video for the song “Where The Angels Fly.” The trio is joined by Udo Dirkschneider‘s son Sven on drums and Manuela Markewitz on vocals. 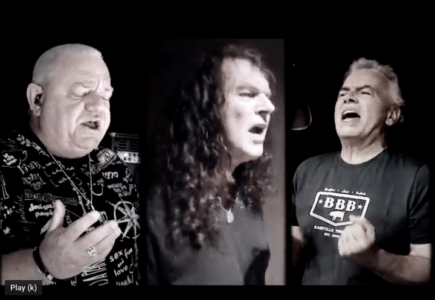 “Three of the former Accept mates are reunited again!

After having released our new record WE ARE ONE successfully, we are proud to present a very special video:

“Where the Angels Fly“.

It also contains another aspect of the “We Are One” philosophy: for the first time for ages, Udo Dirkschneider and Peter Baltes are singing together again on one song! Next to them, also Stefan Kaufmann is involved in the song and in the songwriting.”

Dirkschneider & The Old Gang‘s “Where The Angels Fly” video: