Former Accept lead vocalist Udo Dirkschneider has been very busy touring Europe under the name Dirkschneider performing Accept songs for the “last time” and he will now be extending that tour to North America.

“Back To The Roots – Farewell To Accept” North American tour dates: 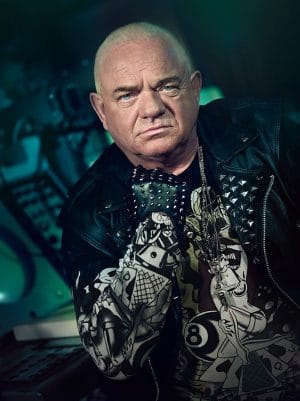 The following message (in part) was posted on Dirkschneider‘s Facebook page back on August 8, 2015 (with slight edits):

On a special tour beginning in 2016, he will perform songs by Accept one last time before he retires them for good. It will be a night of epic proportions.

During this Accept farewell tour, he will only showcase songs from the Udo era of the band. The German rock staple will close a huge chapter of music history forever. In the early 80’s, the Solingen-raised singer skyrocketed to worldwide acclaim with the band Accept and with his unmistakeable voice he had several hits such as “Balls To The Wall” and “Princess Of The Dawn.” Now he has announced that he will perform these much loved hits on this special tour one more time before he removes them from the set list forever.

“I still love singing these songs live,” Dirkschneider says. “The songs still are an important part of my catalog and still suit my voice very well. But at some point in your life, it’s just time to close the chapter. There has been so much talk and speculation about Accept, so I just want to give my last definitive musical statement about it and give my fans a chance to see me perform a complete concert of these songs one last time on stage.”

After this tour, Udo will only play songs from his extensive library of U.D.O. material. After being kicked out of Accept in the late 80’s, he garnered many classic hits with his new band in a long and successful career, such as “Animal House”, “Timebomb”, and “Man And Machine.” “There is enough high quality material to fill a two hour set with no problem,” says Dirkschneider. “U.D.O. has been the band where I belong for 18 years and I want to pay tribute to them from now on.”