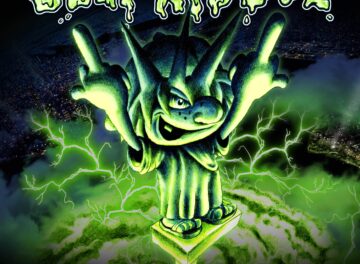 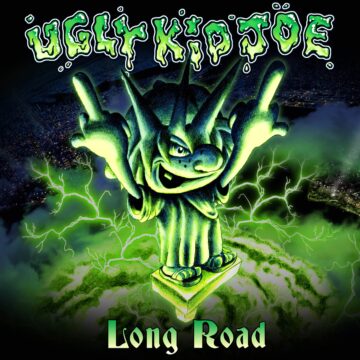 “Long Road” is the next single to be taken from Ugly Kid Joe’s forthcoming album and is a sun-tinged earworm: a catchy, upbeat driving track that is set to be a Summer anthem.

“I wrote it as a giant metaphor about procrastinating,” comments guitarist Dave Fortman. “The lyrics say it all. ‘Waiting for the sky to fall’ is sitting around doing nothing to make life better, and ‘the sound of the whistle blow’ is the moment you get up and make a change.” 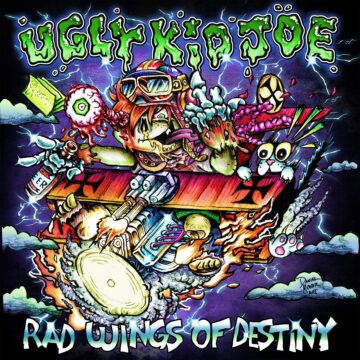 “Long Road” is the third single after “That Ain’t Livin’” and “Kill The Pain” to be taken from the band’s forthcoming new album, Rad Wings of Destiny, which is due for release on October 21st.

Ugly Kid Joe are an American rock band formed in Isla Vista, California in 1989. They rose to prominence with their debut EP As Ugly As They Wanna Be in 1991, which became the first EP to ever go platinum. Their multi-platinum debut album America’s Least Wanted followed in 1992, which featured hits including “Cats In The Cradle” and “Everything About You.”

October 21st, 2022 marks the release of the band’s first new album in seven years. Rad Wings of Destiny will see the band once again teaming up with producer Mark Dodson, who was behind the desk for Ugly Kid Joe‘s multiplatinum debut album America’s Least Wanted in 1992 – an album which celebrates its 30th anniversary this year.

The 10-track Rad Wings of Destiny includes the singles “That Ain’t Livin’,” “Kill The Pain,” and “Long Road.” It features Whitfield Crane on vocals, Klaus Eichstadt and Dave Fortman on guitar, Cordell Crockett on bass, and drumming duties shared between Zac Morris and Shannon Larkin.”

Sleaze Roxx stated the following in its review of Rad Wings of Destiny: “Ugly Kid Joe could easily be forgiven for filling venues on the nostalgia circuit and earning a wedge by playing their hits to the enthusiastic singalong audiences, but Rad Wings Of Destiny proves that they still have something often exceptional to offer and is a very impressive “comeback” indeed.”