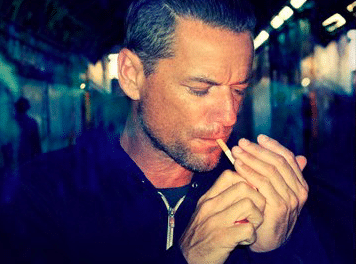 Ugly Kid Joe frontman Whitfield Crane was recently interviewed by Marko Syrjala for Metal-Rules and the former was asked whether he listened to KISS back in the 1970s. 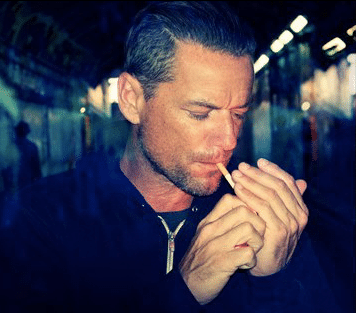 know sounds, and you’re loyal to what you’ve heard. You’re like; this is my memory. It’s almost like a smell. Anyway, so I had heard the studio version of “[Calling] Dr. Love.” And then, I went to Gary Swope’s house, and he showed me KISS‘ Alive II thing, but we didn’t listen to it. And I went and bought KISS‘ Alive II. I saved up all my money. That’s what I got because I had never heard a live record before. My mom was at work, and I put on “Dr. Love” live. But I’d never heard a live album. This is what I’m saying. I had never, ever in my life heard a live– I had only heard the studio version of “Dr. Love” KISS. And I put the needle on the thing. “Dr. Love.”

And it was just me, a little boy, in my mom’s house with the shag carpet. Fuck yeah, it’s time for “Dr. Love.” I don’t need anybody now. It’s time for my metal moment. And I put it on, and it’s live, which isn’t what I wanted, and I sat in tears down my face crying because it wasn’t the “Dr. Love” that I had wanted. No. But I’m serious. I couldn’t breathe. You know what I’m saying? “It’s not what I wanted.” No one’s there but me. No one knows. This is horrible. And I saved my money, every fucking penny. It’s just shit. And, of course, I learned to love it after I understood. But I was so limited as a child; it just didn’t sound like the “Dr. Love” I wanted. Right? There you go. It’s a true story.”

In terms of whether he continued listening to KISS after that “massive disappointment”, Crane stated: “I think in the end, KISS is a little fake for me, honestly. I met Gene Simmons in Canada, and I told him he’s a Rock God. And he said to me that he was a big Jewish businessman. And I said, “Really?” And he goes, “Yeah.” He was honest. So he was kind of like Donald Trump to me. And I said, “Really, Gene Simmons? You’re my hero.” And he goes, “No. I’m actually not that guy.” And he told me that in the last couple of records – this was like back in the Ugly Kid Joe days – he goes, actually I pay someone else to play bass because it’s cheaper on the albums. And I was like all– which, in one hand, it was great he was so honest, but on the other hand, there you go. So, I still love my childhood KISS memories. But the ones that held up are like Ozzy Osbourne – I know Ozzy; he’s actually just like he is – the [Judas] Priest guys, [Black] Sabbath, you know, [Iron] Maiden.

So I respect KISS. Good for them. But… you know? It might be the most honest band in the sense of commerce. He likes making money. You asked me before, you know, “Is it all about money?” I’m like, “Not really.” But it is all about money over there. And there’s nothing wrong with that, right? There’s zero wrong. So, respect. And it gives people joy, and it’d be fun. If I were Gene Simmons, I would like to be a demon. How fun would that be? With a big thing– you must become something. And when you go to a wedding and put on a suit, you feel kind of like, “Hey. I’m a suit guy.” Right? Imagine if you got to be a demon. So, respect to them for that.”

You can read the rest of the interview with Whitfield Crane at Metal-Rules‘ website.