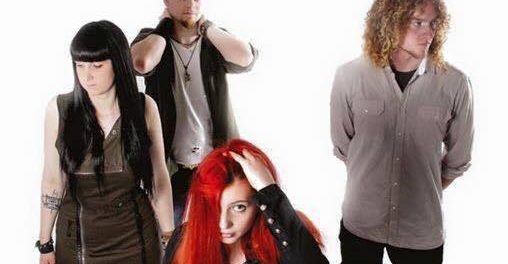 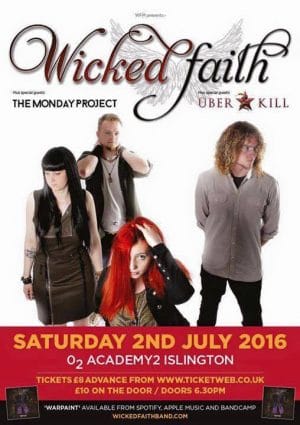 UK hard rockers Wicked Faith follow up the release of their second album Warpaint with a new video for “Hunt You”, the band’s first official video aside from lyric tracks on YouTube. Bassist Mia Webster told Sleaze Roxx about the video, “‘This is a song about revenge, plain and simple. But what’s in the bag…..?”

Sleaze Roxx reviewed Warpaint back in Feburary 2016, and stated, “Wicked Faith have done well. The influences are there, to be sure. The opening track “The Devil Can’t Have Me Yet” is a reflection of that. Strains of Faith No More, Metallica, maybe even the Sex Pistols if you want to push it.”

Sleaze Roxx went on to state: “I can hear eclectic influences on every song. Whatever, it’s hard to draw a comparison overall, and I’m not sure I want to. A good metal album with flavours of different genres prevents specific comparison -– it stands on its own. As Wicked Faith sing, “…what doesn’t kill you makes you stronger.”